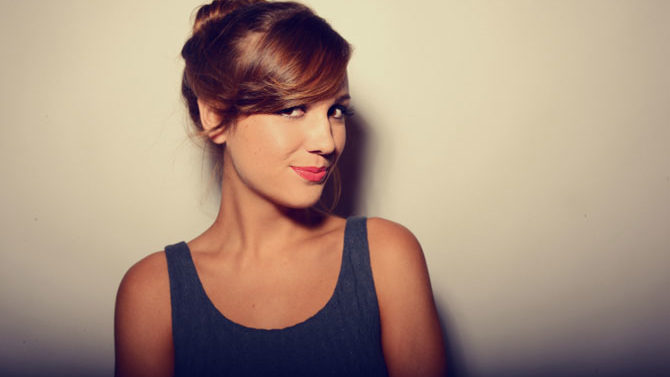 The fact that Emily Hearn is not part of usual Athens music circles is apparent early in Flagpole‘s conversation with her. “My very first show was at Flicker Theater,” she says. “I don’t think they’re a venue all the time. They’re a bar, and they host movie nights, and they let me have a show there.”

But maybe it’s time we started thinking outside the West Washington Street box, anyhow. With local hip hop outfit Stack Boyz signing to Atlanta-based D4L Records earlier this month and singer-songwriters like Hearn opening gigs for the likes of country music heavy-hitter Luke Bryan, evidence is piling up that our city is a music hotspot even for those who might not fit the indie rock (or hipster, or whatever we’re calling it this year) bill.

With her sunny, chirruping pop, Hearn may be the most Top 40-ready artist in Athens today. Her music tends toward the grounded, golden-hour vibe of Colbie Caillat more than the star-quality bombast of recent Taylor Swift. If you’re the type who prefers your pop with the prefix “avant” attached, then Hearn is not for you. Twenty-three and already married, she is guilelessly focused on the romantic, and her songs center almost exclusively on love: the pursuit of it, how it feels to find it, how much it hurts to lose it. As it turns out, there are a lot of folks around here who relate to that.

“I love the [mostly college-aged] people that come to my shows,” Hearn says. “They come up to me after the shows and say that they feel exactly the way I talk about in my songs. That’s the kind of thing that could inspire someone to write songs for the rest of their life.”

Growing up in Griffin, GA, in a “completely unmusical household,” Hearn says she taught herself to play the guitar as a senior in high school. She moved to Athens for college, excited about the music scene but without any real intention of breaking into it.

“I had some really cool friends and roommates who were really into live music, and they took me to a lot of shows. I fell in love with the live music culture,” she says. Hearn started writing her own songs in 2008. Since then, she’s produced a full-length, Red Balloon, and two EPs. Since her inaugural show at Flicker, Hearn has found a home at the Melting Point, where she’ll play Friday.

“I didn’t really meet any musical friends for the longest time,” Hearn says. “The first person I met was my husband.” She and partner Michael Harrison, who is also a musician, were set up on a blind date by friends. Over the course of their relationship, Hearn says he has taught her bits of music theory and instilled in her the underpinnings of good songwriting.

Hearn has also lucked into some other forms of help in her young career, including landing a cameo from Bill Murray in the video for her song “Rooftop.” She was introduced to the actor by friend and former Hootie and the Blowfish guitarist Mark Bryan. “He brought me coffee and told me he liked my dress,” she says of Charleston, SC resident Murray, who has become something of a merry prankster in recent years, doing things like jumping behind the bar to serve patrons at SXSW or crashing Brooklyn kickball games.

Likewise, Hearn’s gig opening for Bryan in Augusta was the product of well-maintained connections; she was invited to join the bill after doing a radio interview with the promoter who put together the show. “You have to see it as a business,” she says. “It’s just as network-based as anything else. It’s just little connections and meeting people.”

Such talk may be as anathema to the ripped-jeans set as the idea of penning a song eligible for Clear Channel consideration, but the fact remains: In a relatively short time, with little knowledge of the intricacies of songwriting, Hearn has built an impressive following, in a scene not known for being friendly to artists of her ilk, through an affable connection to her fans and networking savvy. The rest of us should be taking notes.