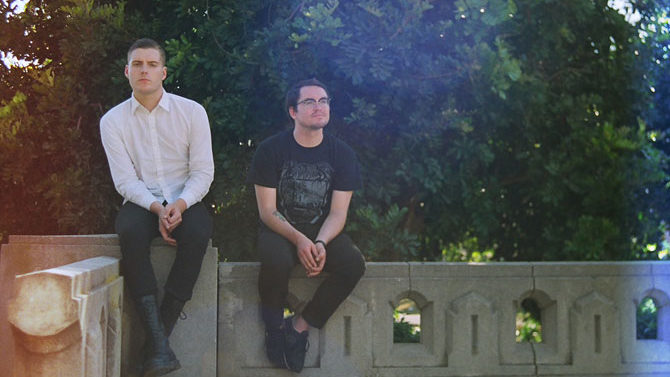 “For the next year,” Kerry McCoy said in an interview with Northern California NPR affiliate KQED in 2011, “I want to be home as little as possible, and on the road touring as much as possible. There is so much momentum behind the band, it almost feels like it was meant to happen.”

Three years later, McCoy’s ambition has proved prescient. The band the guitarist and songwriter was discussing was Deafheaven, his collaboration with vocalist George Clarke. Formed in 2010 in San Francisco, the band’s ascent has been staggering, surpassing its fellow metal and hardcore foot soldiers in terms of both broad appeal and critical ballyhoo. But it should be noted that the fated successes spoken of in the latter half of McCoy’s quote might not have occurred without the follow-through on the former; the band has toured nearly nonstop since that interview.

Speaking with Clarke 10 days into Deafheaven’s current tour with metalcore vets Between the Buried and Me, Flagpole had to ask: Does Deafheaven still feel the same way? On a victory lap tour for the ecstatically received 2013 album Sunbather, does the group still want to be on the road endlessly?

“I do,” Clarke replies without pause. “I understand that extensive touring can weigh a lot on your personal relationships and such. But it’s such an awesome experience, and to be given the opportunity to tour on the scale that we do is just phenomenal. So, I still stand by that statement. We try to play as often as possible to as many people as possible. It’s what makes being a band enjoyable.”

That work ethic factors heavily into Deafheaven’s success, but the band’s sound is smart, too. As the punk and metal communities have splintered into ever-smaller sub-genres and hyper-stratified pools of interest, Clarke and McCoy’s music has sought to cherry-pick from heavy music’s best aspects. Drawing on groundwork laid by controversial American black metal practitioners such as Wolves in the Throne Room, Liturgy and Krallice, Deafheaven adds the alternately meandering and epic dichotomy of post-rock bombast-mongers Explosions in the Sky and Mogwai.

The group’s songs are very long and barely let up, coasting on a never-cresting wave of blast beats and churning, delayed guitar. The combination is designed to deliver an overwhelming injection of emotion, and audiences have responded in kind. The emphatic emphasis on bigness—big sound, big vulnerability, big aggression—has yielded exponentially bigger results.

Deafheaven began humbly. Though Clarke and McCoy had been playing in all manner of bands since they were 16 years old, when this particular idea was hatched, the pair were without so much as amplifiers. So, they began writing on an acoustic guitar.

“A lot of things are demoed acoustically,” says Clarke. “Because it’s easy, and you can define chord progressions [more easily]. It’s all about… making sure that your vision is correct in what you do. So if it starts on an acoustic level, I don’t think that inhibits what it does electrically, as long as you understand what you’re inevitably going to do with it.”

The duo exhibited this focus from the start, getting a demo to Deathwish Inc., the label founded by Jacob Bannon of metalcore legends Converge. Deafheaven’s first album, Roads to Judah, elicited cautious nods of appreciation from the underground. While Clarke’s voice hems close to black metal’s larynx-abusing screams, certain aesthetic choices—”pretty” parts, black gloves, an unabashed affection for Morrissey—set the group apart from genre purists. Sunbather, a cathartic magnum opus, opened the band up to a much wider audience. As a consequence of that, the group now faces an opportunity to win over day-drunk Bonnaroo crowds with its decidedly un-sunshiney metal.

“Although playing for metal crowds can be challenging, we have enough attributes in our music that it’s not completely foreign,” says Clarke. “And a lot of those people end up catching on to what we’re trying to do. At the same time, we take on things like Bonnaroo and such because it is a challenge… We know we’re a sore thumb, but I think that’s what’s cool about it.”

If that all sounds pretty affable for a black metal band, let it be known that Deafheaven eschews that genre’s famous antisocial tropes in favor of populist inclusiveness.

“People are invited to enjoy different aspects of what we do; there’s no room for elitism when it comes to us,” says Clarke. “And I think that’s refreshing, because often times, via one angle or another, people want to hone in on that audience, but that’s something I’ve never really cared about.”