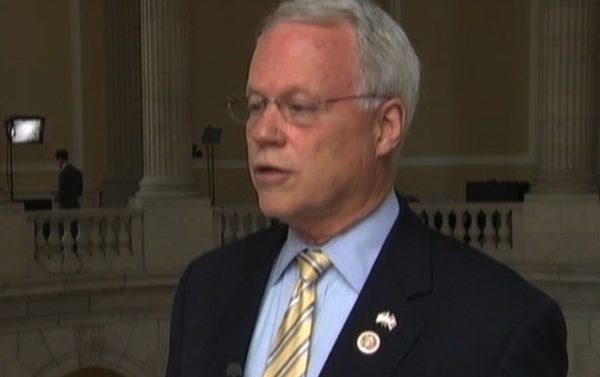 Athens congressman and Senate candidate Paul Broun spent $33,000 in taxpayer money on a campaign consultant who specializes in coaching debating techniques. And when a WSB-TV reporter tried to ask him about it, Broun slammed the door in his face.

Broun is running for U.S. Senate and is spending your tax dollars. Specifically, [Channel 2 reporter Justin] Gray has learned Broun has been giving monthly payments to a company called O’Donnell and Associates.

O’Donnell and Associates advertises on its own website that it specializes in campaign communications and campaign debate preparation.

Gray looked deeper and discovered Broun has paid the self-described campaign consultant more than $33,000 from his office budget the past two years. The money is taxpayer dollars.

“If somebody is advertising themselves as a campaign consultant, what are they doing on the taxpayer dime?” asked Kathy Keily with the Sunlight Foundation, a nonprofit agency aimed at creating greater government openness and transparency.

This isn’t the first time Broun has spent taxpayer money on questionable expenses. In 2008, he blew through almost all of his $1.4 million office budget sending campaign-style mailers to constituents.