Swamp Dogg, Others Play for Poverty is Real 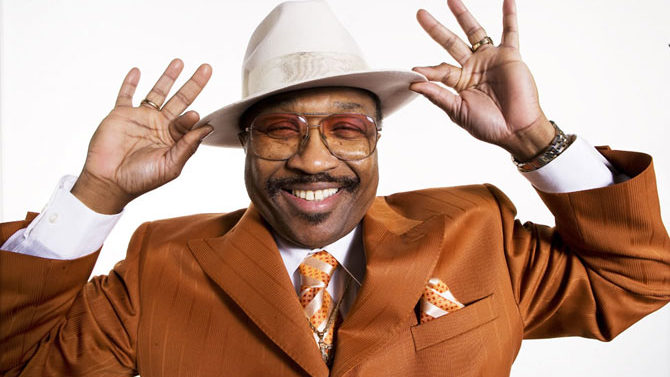 Athens is a hub of music and culture, of course. It’s the pride of our town, and a hallmark of our national identity. But we’re also another sort of hub, one that no one would ever consider identifying in marketing our town. According to the U.S. Census Bureau, between 2007 and 2011, Clarke County had a poverty rate of 34.6 percent, nearly 20 points above the average for the state, making us the fifth most impoverished county of more than 100,000 people in the nation.

An upcoming series of concerts in and around downtown Athens intends to address this fact, to celebrate those in our community working to help raise up the poor and to call others in our community to action. Featuring local bands, such as The HEAP, and national acts, including Justin Townes Earle and legendary soul musician Swamp Dogg, the shows will be presented by Decatur-based nonprofit Poverty is Real.

“All the money that we raise goes to a local beneficiary,” says PiR executive director Spencer Smith, who quit his job as a lawyer six months ago to helm the organization. The local beneficiary, in this case, is Whatever it Takes, a nonprofit that, according to a PiR press release, “seeks to ensure that every child in Athens-Clarke County will graduate with a post-secondary education, be it vocational training, military services, technical school, junior college or a 4-year university.”

“Whatever it Takes is an initiative where they’re working on helping students and parents. They link parents to resources to help their child get the most from their education. They’re making a huge difference,” says Smith, who also notes, “The way to affect change is to take small steps to support local charities.”

The shows will take place this week and the first week of December, with Seven Handle Circus and The Skipperdees playing the 40 Watt on Thursday, Nov. 21, followed by Lee Bains III and the Glory Fires, Swamp Dogg and The HEAP at the same club the next night. The lineup at New Earth Athens on Saturday, Nov. 23 will feature Greenhouse Lounge with Skymatic. Thursday, Dec. 5 will find Justin Townes Earle, Jonathan Byrd and Eliot Bronson at the Melting Point—all in the name of eradicating poverty.

While Earle may be the big-name draw, those in the know are most excited about Swamp Dogg, about whom Rolling Stone once wrote, “He sings like some unfrozen Atlantic soul man of the ’60s—his voice clarion pure, his phrasing a model of smoldering restraint.”

“I’m gonna stand on my head and whistle Dixie out my ass,” Swamp Dogg, born Jerry Williams, Jr., tells Flagpole of his plans for his engagement at the 40 Watt. In fairness, he is being provoked. A man with a reputation for one of the foulest mouths in show business—Spin magazine recently claimed that his favorite word is “motherfucker”—Swamp has to be prodded over the phone to let loose his more profane side. (“I was trying to behave myself, since I was talking to a lady,” he explains.)

A septuagenarian black man whose bizarre, inventive soul music has been sampled by both the hardcore (DMX) and the cred-strivers (Kid Rock), Swamp has had a slow burn of a career; his cult hit Total Destruction to Your Mind was released in 1970 and took 22 years to reach gold status. And that’s not the only thing that puzzles him about his career.

“Damn near all the songs I write are for blacks,” he says. “They’re black-help albums.” Yet, in spite of it all, Swamp’s music has tended to attract white audiences more steeped in the aesthetic of Frank Zappa than James Brown. “I used to care,” he says. “I don’t care anymore. If there is someone out there who appreciates my music, then color doesn’t mean a thing.”

So what does Swamp really intend to do at his Athens appearance? Entertain. “I try not to leave the stage with dissatisfied patrons,” he says. “I just walk onstage and start doing my shit. If you can’t carry your load, then fuck it.”

Speaking of carrying loads, PiR’s Smith emphasizes that the tenor of these upcoming benefit concerts will be one of thanking and appreciating those who are doing so much for poor folks in the Athens community. Poverty is a daunting and sobering issue to conquer, and dedicating a working life to facing it can be exhausting and disheartening. Helping to honor those in our community doing that work by buying a ticket is an act of solidarity.

“We are not bemoaning poverty,” Smith says. “It’s a celebration of these folks.”