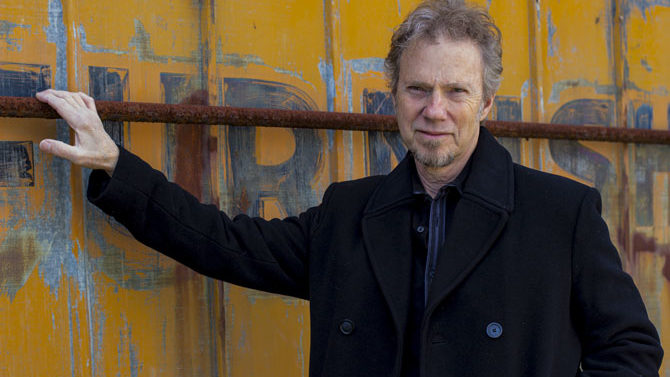 The musical career of Randall Bramblett has spanned more than 35 years, but the local multi-instrumentalist and songwriter keeps stepping toward new territory with every new album. Bramblett’s latest, The Bright Spots, recorded near Athens and in Nashville and due out May 14 on New West Records, finds him in an experimental mood.

An expressive and dynamic collection of blues, soul, classic pop and rock and roll, The Bright Spots touches on some of Bramblett’s usual styles, but the odd instrumentation and arrangements occasionally veer far outside of his usual comfort zone.

A Jesup native and a 40-year resident of Athens, Bramblett grew up hooked on the early rock and soul sounds of Elvis Presley, Little Richard and the Muscle Shoals and Stax Records scenes. He dug the British Invasion bands and the folk music of his home state, too. As a keyboardist, saxophonist, guitarist, mandolinist and harmonica player, Bramblett worked with artists like Sea Level, Steve Winwood, Traffic, Gregg Allman, Widespread Panic and Robbie Robertson before settling down to concentrate on his solo career in the 1990s.

After a brief stint on the now defunct, Georgia-based Capricorn label, Bramblett signed on with New West Records in 2001 and issued No More Mr. Lucky, his first of several critically acclaimed releases for the label.

To finance The Bright Spots, last summer Bramblett raised more than $30,000 through his first-ever Kickstarter campaign. He planned two separate studio sessions for his new collection of songs—one on Nashville with Music Row guitarist Tom Bukovac and bassist Michael Rhodes and another in Lawrenceville at longtime bandmate Gerry Hansen’s studio, a home to many of Bramblett’s previous sessions. The album benefits from the diversity of its supporting cast.

“I met Tom Bukovac last year, and I realized what an amazing and creative guitar player and studio guy he was,” Bramblett says. “I wanted Tom and Michael to deconstruct my demos and come up with something totally different than I was thinking of… I wrote those songs on top of loops, and we actually incorporated some of those sounds into the final mixes, just to give it a little craziness. It’s fun working with people who don’t know me like my band knows me. They did their thing and gave me some guidance. They took the lead on handling the arrangements and instrumentation.”

The Bright Spots‘ Nashville-recorded half is all over the map. Odd audio effects and mysterious sounds enhance “Every Saint,” one of the more delicate songs from the Nashville sessions. The raw and bluesy “Whatever That Is” delves into a darker, more complicated mood.

On the airy, piano-driven ballad “Detox Bracelet,” Bramblett sings in a pained but optimistic tone about “gifts of desperation everywhere.” Noisy tambourines and electric pianos complement the gospel-style singing on “Shine.” Any New Orleans soul cat would love the grooves and riffs of the funky rocker “Tryin’ to Steal a Minute.”

“It’s really hard for me sometimes to let go of a certain guitar line or a certain feel, but when you hook up with some people who are really creative and have good ideas, it’s a pleasure to let them run with it,” Bramblett says of the experience working with new collaborators. “That’s really what I most want from people in the studio. I want some great structural or textural ideas that work—things that are different from what I came up with in my basement. As long as it takes the song to a better place, I love it.”

“They all had a chance to hear what I’d done in Nashville, so they had a good idea of where this album was headed,” Bramblett says. “They knew it wasn’t going to be just a regular-sounding record. Some of the songs we did turned out pretty straight. If Nashville’s sessions were about deconstructing the demos, the Georgia sessions were more about taking the demos, making them better and running with it.”

Standout Georgia-recorded tracks, like the prickly “Roll,” the organ-accented anthem “My Darlin’ One,” and the jangly, brassy “John the Baptist” add balance to the off-kilter style of the album’s other half.

But the album isn’t a total split; an old-school Southern blues flavor persists through all 12 songs. “In Nashville, they had an old Shure Green Bullet harmonica mic, and we ran that through a crapped-out amp for effect,” says Bramblett. “It was kind of a Howlin’ Wolf thing, and that led me to singing in more of a bluesy style than I normally do. Gerry and I actually bought a Green Bullet to use on the Georgia sessions, too. The whole process made me become a better more confident singer.”

With his raspy, expressive delivery, Bramblett struts with confidence on The Bright Spots, singing themes of perseverance and survival. Like its the recording process and the end result, the album’s title is double-sided.

“The album title is pretty ironic,” he says. “It comes out of the first line of the first verse of the first song [“Roll”]. It mentions ‘bright spots’ within a list of a bunch of terrible, chaotic stuff. But The Bright Spots is also a straight-ahead title, because there seems to be a thread of beauty and hope in the songs.”