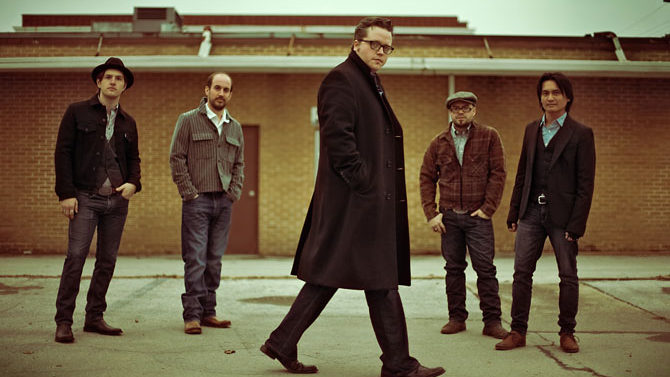 With his knack for narrative, you might imagine that singer-songwriter and former Drive-By Trucker Jason Isbell comes from a long line of storytellers. And youâ€™d be closeâ€”sort of. Isbellâ€™s Muscle Shoals, AL upbringing was full of stories all right, but his family and friends were more likely to be the characters than the tellers.

“I like being from Alabama, because I like my family,” Isbell tells Flagpole during an afternoon break from recording with his girlfriend, singer and violinist Amanda Shires, at Athens’ Chase Park Transduction. “I liked growing up around people who were either ex-convicts or Pentecostal preachers. Thatâ€™s what most of my family was. At least my dadâ€™s side of the family; when I was growing up, they were either one or the other, usually. And it just makes for an interesting bunch of people to go home with. Makes the family reunions go by a little bit quicker.”

It makes pretty great musical fodder, too. Since leaving the Truckers in 2007, Isbell has spent three albums mining his community for material, like on the homecoming story-song “Tour of Duty,” the opening track to his new album Live from Alabama.

“Itâ€™s really important to me to write about things that I know, things that Iâ€™m familiar with,” says Isbell, who penned the tune while thinking of both his friends who had returned from war and his own experiences on the road.

Among other familiar moments on the record, which chronicles two Alabama shows from this past summer, are a handful of songs Isbell contributed to the Truckers catalog, including “Outfit” and “Decoration Day.” And if die-hard fans had any doubt about Isbellâ€™s talent as a solo artist, his work since his departure from the band dispels it. Older Truckers songs seem right at home on Live from Alabama, nestled amid newer solo work and a cover of Candi Statonâ€™s “Heart on a String.”

“This next song was originally recorded at Fame Studios in Muscle Shoals back in 1970. Yeah, right down the road,” Isbell is heard saying on the recording, his voice hinting at the pride he feels in his hometownâ€™s history.

“I definitely donâ€™t feel like I would be the musician that I am, or the type of songwriter, had I not come from that particular place,” he says now. “The soul music that came out of there, and a lot of the soul-influenced rock and roll and country music that came out of the studios in north Alabama in the ’60s and ’70s had a big influence on me.”

But Isbell isn’t tethered to the past. Like the Truckers, Shovels & Rope and The Avett Brothers, Isbellâ€™s blend of country and soul challenges old notions about Southern music.

“A lot of [us] wind up in the Americana category. I think thatâ€™s where a lot of the best music is being made,” he says. “But I do think it has become a catchall for a lot of different song-focused styles of music that really derive from the song rather than trying to create something that falls into a certain genreâ€¦ I donâ€™t care what kind of band Iâ€™m in. I just want to be in a band, so I can write songs.”

Those songs, which Isbell aptly describes as “music with a rural edge and sometimes a rural subject matter thatâ€™s not country music at all,” have turned out to be quite popular. In the last year, Isbell and his band, The 400 Unit, have broken into the Billboard 100 (with 2011â€™s Here We Rest), played on “Letterman” and “Mountain Stage” and relocated to Nashville.

â€œIt has been crazy, but itâ€™s been a good year. I quit drinkin’ about nine months ago, and that was a really good idea. Thatâ€™s something that helped me out a whole lot. Iâ€™ve been a lot more prepared in general,â€ Isbell says, noting that touring has been easier, though he feels the anxiety of getting onstage much more acutely.

You wouldnâ€™t know it from seeing him perform. Onstage, he is capable and confident. Of course, it takes a certain kind of confidence to commit a felony, too, or to get up on a Sunday and preach. Maybe Isbellâ€™s gift for storytelling doesnâ€™t exactly come from his genes, but the legacy of his Muscle Shoals upbringingâ€”the people, the culture, the musicâ€”stays with him one way or another.