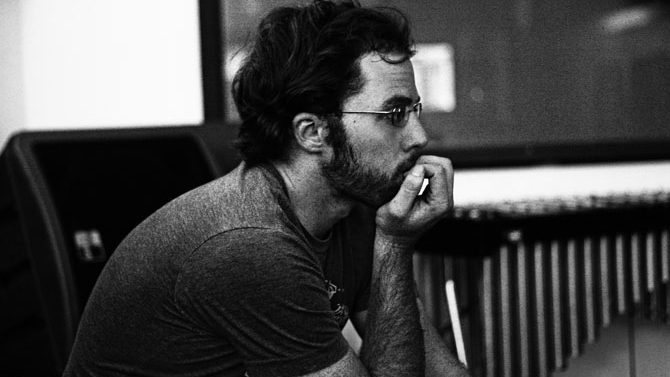 Things weren’t going so great for Patrick Morales in 2008. His parents cut him off financially after he lied about how long it would take him to graduate from UGA. He got in a costly car wreck. He was in debt and desperate to find a job. And then he saw the Craigslist ad that changed everything. The title simply read: “Adventurous Biologist.” He clicked on the link, half expecting it to be porn, and was directed to a surprisingly legit job offer in Alaska. After successfully answering a series of questions about his capacity to live in hostile environments, a slightly unnerved Morales accepted the job offer.

“I took a leap of faith and desperation,” says Morales, “and took this job where I lived on fishing boats and collected data.” After a month of training, which included watching a series of VHS tapes of brutal fishing mishaps and deadly shipwrecks, Morales departed the port of Dutch Harbor on his first mission as a fisheries observer.

It also happens that around this time, Morales’ mind often drifted to the end of the world. He isn’t sure if it was the impending voyage or his personal struggles or perhaps neither at all that directed his thoughts, but he just kept fantasizing, in a sort of sci-fi context, about potential global catastrophes and the way people would react.

“I felt like you would find two really broad categories of human being: people who would just accept it and go on with their last moments, accommodating as much as they can, or the people who would cling to the last elements of control,” he says.

He would find plenty of inspiration and time to ruminate further on these concepts as he set out for two months at sea. With a toy guitar strapped to his bag, Morales sought out whatever quiet spaces he could find on board to writeâ€”not an easy task on a huge hunk of metal constantly vibrating and clunking with the mechanics of a diesel engine. On his first ship, The Progress, he found space to think and compose on deck. When its fishing net got caught in a piece of World War II wreckage, he was sent back to port and transferred to The Viking, a 165-foot boat with one blissfully quiet deck locker where Morales could write. With a handheld recorder and visions of doomsday, The Viking Progress slowly came to fruition.

“There would be 25-foot seas, and I would be constantly thrown around in my bunk,” says Morales, “but it wasn’t those moments when I contemplated life or death. I was probably too sick on some level to do it. It was the moments when they would turn off the engine, and the water would be completely still like glass, and you couldn’t see anything except for fog.” Morales saw in these tranquil moments a sort of “non-traditional” beauty. “I wasn’t in some depressed state. I felt very comfortable and happy with whatever situation I was in, but [at that moment] I was really morbidly curious to know what it would be like to just climb over the side and drift off into nothing.”

In scrawling pages of his journal, Morales began a running list of archetypes to explore in songâ€”characters in his apocalyptic visionâ€”who became the focal points for much of his debut album, Whistling While the End Is Near. There is the romantic optimism of “The Couple”: lovers who face death together. There is the “The Captain” who, frustrated that he will not die at sea as he’d envisioned, sets out to ride in rough waters in his last moments. There’s the secular rationalization and doubt of “The Scientist” alongside the insane ramblings of zealot “Rorshak,” who feels vindicated by the end of the world he had prophesied. Even God himself weighs in: a restless, insecure God who can’t quite come to grips with his own creation. The one character who didn’t make the cut is actually the one who inspired the album’s title.

“I wondered how a developmentally disabled person might experience the end of the world,” Morales says of the unreleased tune. “So, I had in my head a child sitting on a hill and just whistling while whatever was happening at the end of world was happeningâ€¦Â There was something about that blissful ignorance that I thought was really romantic.”

That sense of finding beauty and romance in the tragic is one that pervades Whistling. Morales has a gift for gorgeous melodies that transcend any lyrical melancholy, and together with producer Suny Lyons, he presents an elegant album full of emotional resonance. Guests like Scott Spillane and Marie Devon add horns and swelling strings that crescendo over Morales’ tender, contemplative vocals to great effect. If this is what the end of world sounds like, then I guess I feel fine, too.