It’s a Shame About That Last Athens Show 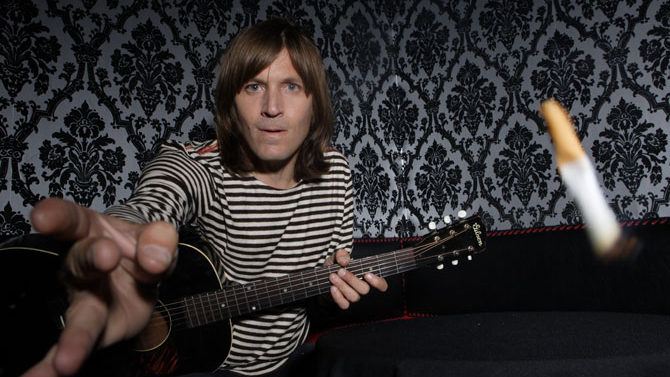 Evan Dando and Georgia haven’t had the best relationship in the pastâ€”at least not when it comes to the performer/audience dynamic. At a 2007 show at the 40 Watt Club here in Athens, Dando played a few songs best described as halfhearted and distant. He was listless, stopped and started songs erratically, and about half the crowdâ€”a crowd that had started out excited and hopeful to see one of the seminal ’90s college-rock songwriters perform after years of not touring through Athens and after a decade-long album gapâ€”ended up leaving the club before the show was even over.

And then last fall at Atlanta’s EARL, with a packed house ready and waiting, and waiting, and waiting, after the show’s start time was postponed several times, Dando came out, announced he was feeling sick, tried performing one song, then backed out by claiming he had to save his voice for a big show in D.C. the next day, then got into a brief verbal tiff with a crowd member. He was sick, so OK, but he handled his relationship with and obligation to his audience clumsily; nobody there was happy to hear that D.C. mattered more than Atlanta.

So, what’s up, Evan? Instead of talking about Dando, let’s talk with Dando. Currently on tour playing his landmark 1992 album, It’s a Shame About Ray, in its entirety, Dando acknowledges that, these days, he has to focus more on maintaining his vocal health.

“Yeah, I remember those shows. I was sick. The Atlanta show, the D.C. show, but that’s it last year; those were the only two we didn’t play,” he says, calling from the back of his tour van, on the way to Indianapolis. “Playing is pretty much the same [as it was years ago]. The only difference now is I gotta be careful with my voice.”

Dando and a rotating cast of backing musicians have performed under the name The Lemonheads for a quarter century. Tons of press came his way in the ’90s as part of the “alternative” boom, and he’s certainly not the only rocker to struggle with drug-use fiascos amid rapid swingsâ€”both waysâ€”in fame, acclaim and recognizability. The current tour coincides with a U.K. release of a career-spanning 47-track double-CD compilation, Laughing All the Way to the Cleaners: The Best of The Lemonheads. It’s available digitally for those of us on this side of the Atlantic. The comp covers 25 years and a number of Lemonheads lineups.

“One of the songs, ‘Mad,’ is from the day after we graduated high school. It was fun to pick the songs. And ‘Mrs. Robinson’ is on there, too. I’d rather it not be, but they said, ‘Yeah, it’s gotta be on there,'” says Dando, who famously bristled at all the attention his band received due to its cover of the Simon & Garfunkel classic. “At this point, this is the kind of thing that only fans would buy; so if it’s just a fan thing, you’d think fans would understand if I didn’t want the song on there. And they’d probably already have that song anyway. But it’s on there.”

The guy can play a good show, and reports from this current Lemonheads lineupâ€”Dando’s backed by tour pro Chuck Treece (Urge Overkill, Bad Brains) on drums and Fred Mascherino (Taking Back Sunday, The Color Fred) on bassâ€”have been positive. They’re performing It’s a Shame About Ray from start to finish on this tour, though Dando’s spending the downtime working on new tunes and a new album.

“Any show I’d play, I’d play a bunch of these songs anyway,” he says. “It’s more of an academic thing to play an album all in a row. Basically, I’m doing this because I’m not ready with my new album yet. But you can’t tour it forever. I mean, I guess I have.”