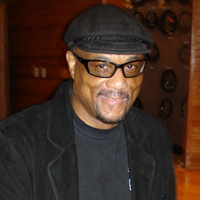 It takes muscle, skill and soul to handle a big Hammond B3 organ properly. Motown veteran and keyboard master Ike Stubblefield has all three, and he recently brought his entire B3 package to Athens.

â€œI enjoy working from the integrity of using a real Hammond B3 organ and Leslie amp rather than from synthesizers and samples,â€ Stubblefield says. â€œI think people recognize the difference in the sounds of the instruments.â€

Born in Toledo, OH, in 1952, Stubblefieldâ€™s earliest musical performances were on his big sisterâ€™s piano. His first professional gigs came in the late 1960s with a string of Motown Revue acts, including The Four Tops, Martha Reeves, The Temptations, Marvin Gaye, Stevie Wonder and Rare Earth.

He started to make the Hammond B3 organ his main instrument in the early 1970s as he started gigging with such R&B, soul and blues artists as George Benson, B.B. King, Ike and Tina Turner, Curtis Mayfield, Al Green, Eric Clapton and many others.

â€œIâ€™ve been a part of all sorts of shows since the 1960s, so for me, itâ€™s all part of my style,â€ Stubblefield says. â€œMy love of the organ started when I heard it in church as a youngster. The Wurlitzers, Rhodes and organs in the Motown stuff came next.â€

By the late â€™70s, Stubblefield had established himself as a top studio musician, composer, arranger and producer. In addition to studio and onstage gigs, he started scoring music for films and television as well. In the â€™90s and early 2000s, Stubblefield settled in Atlanta and embarked on long-running residencies at jazz venue CafÃ© 290 and other clubs. Eventually, he spent more and more time in Athens, jamming with various local rock, jazz, fusion and blues musicians. Stubblefield is still quite the jet-setter. In a typical week, he might travel from Georgia to New Orleans and the Carolinas and back, playing two or three sets per night.

â€œItâ€™s always all over the place,â€ Stubblefield says of his musical endeavors and interests. â€œThese days, I might go from old Motown to Iggy Pop, and then over to some old-school jazz and some Frank Zappa. The situations constantly change.â€

Currently, Stubblefield is in three different bands, including variations on the Ike Stubblefield & Friends combo. â€œItâ€™s not so much of a band thing,â€ he says. â€œI donâ€™t really like limiting myself to just one band or project at a time. I like collaborating with friends from all over the place, all the time.â€

This winter, he officially relocated from his home in Atlanta to the Classic City.

â€œIâ€™ve lived in Atlanta off-and-on since 1999,â€ Stubblefield says. â€œItâ€™s certainly a home-base for me, but I found myself traveling to Athens more and more because I have a lot of great pals here, like John Keane and the guys from Widespread Panic. I like the idea of working on a few side projects and recordings with Athens musicians.â€

Looking for an intimate venue to set up a weekly series of jam sessions, he hooked up with Hendershotâ€™s Coffee Bar and booked a string of dates as Ike Stubblefield & Friends.

â€œOne of my goals is to help Seth [Hendershot] out at his venue,â€ Stubblefield says. â€œWhen I got to town, I asked him about his slowest night of the week. We decided on Tuesdays, and I moved a B3 into the room. If Iâ€™m within 400 miles of a B3 room, Iâ€™ll be there. Itâ€™s been working out really great. Iâ€™ve had some players come in from Atlanta and a few from Athens. You never know whatâ€™ll happen.â€

The Hendershotâ€™s sessions are invitation gigs. Stubblefield acts as the organizer, emcee and bandleader at each event. The combination is usually a trio set-up. Hendershot has already filled in on drums a few times.

â€œIâ€™m all about keeping the quality of the music high, but I never want it to be the same set,â€ Stubblefield says. â€œFor me, itâ€™s all about using the right ingredients for whatever youâ€™re trying to cook. After 40 years of doing this with just about every player on the planet, I learned how to play, when not to play, and how to support and all that. Iâ€™m basically more of a behind-the-scene kind of guy, and I like it like that.â€

WHO: Ike Stubblefield and Friends