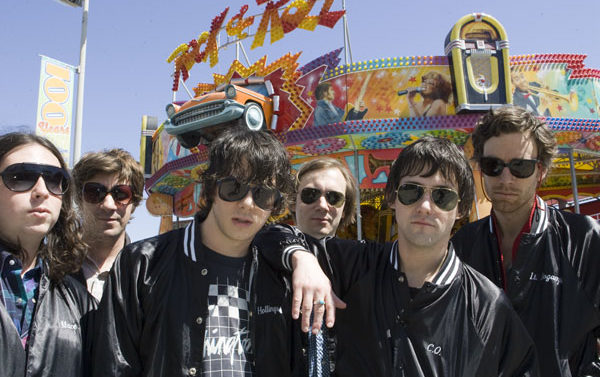 Hanging out in Mexico recording songs with friends in an adobe house situated halfway up a mountain was apparently good for Conor Oberst. His well-received 2008 record, Conor Oberst, was created under such circumstances, and the original group assembled in that house has since become Conor Oberst and the Mystic Valley Band. The new setup seems to have mellowed Oberst’s writing style, with him even handing over the songwriting reins on six tracks of the band’s new record, Outer South. Suffice it to say, anyone expecting Bright Eyes to take the 40 Watt stage on July 21 should just start sulking in a dark corner now, because Bright Eyes this is not. And that may be just how Oberst wants it.

“The band has so many songwriters in it, so Conor immediately said, ‘I was thinking maybe we could play one of your songs, or one of each of our songs,’ and I said all right. But to me, at that point, it was still like a backing band or live band for Conor’s solo thing,” says Mystic Valley guitarist Taylor Hollingsworth. “But then he started wanting us to write more. Suddenly the tour [for Conor Oberst] got really long, and then we had another record. It just kind of snowballed into this big thing.”

The Mystic Valley Band features Hollingsworth, Oberst, guitarist Nik Freitas, drummer Jason Boesel, bass player Macey Taylor and piano/keyboard player Nathaniel Walcott, and the different influences are clear. There is more classic rock and pop influence on Outer South than Oberst ever let on he liked, and one of the most striking contributions actually comes from Hollingsworth. The catchy-as-hell “Air Mattress,” a giddy little ode to a romp on aforementioned pad, is a short, sweet, synthesizer-filled chorus sing-along, and it turns out to be a great addition to the record.

“I just threw [the song] out one day at sound check, and everyone just took to it immediately. Suddenly it had a cool sound,” he says. “I did add some stuff when I realized I was going to play it with these guys, but everyone else was into it.”

The band formed in early 2008 when Oberst invited them down to the Mexican city of Tepotzlan to record what eventually became Conor Oberst. Hollingsworth says he had no expectations of it becoming a full-time gig (he has his own solo work, and recently finished recording a new record at Chase Park Transduction in Athens), but rather just a chance to play music with old friends.

“My solo stuff just wasn’t really going well, and at that point I was more hiring myself out as a guitar player. But I’ve known Conor for a while and Macey is a good friend of mine, and when I went down there Conor just asked me if I wanted to play a couple guitar parts on his record,” he says. “So, I did that and went home.”

A few months later, Oberst’s manager called with an offer, and Hollingsworth went on the road with the band. All of the members have prior musical experience, with some having released their own material. Freitas has also released a solo record, while Boesel moonlights with Rilo Kiley. Ultimately, five of the six bandmembers have writing credits on the record.

“I think a lot of our sounds are similar, but then we have different stuff. Conor’s the primary songwriter, but it’s a good blend of everybody,” he says. “[Freitas’] songs sound like Nik Freitas and Conor’s songs sound like Conor, but a big part of the sound of the record is just how the band plays together.”

And what of those fans expecting the band to sound like Bright Eyes?

“I think at some places that was the case, at first,” he says. “But I think people have figured it out by now.”