What’s Up With that Neon School Bus Downtown? 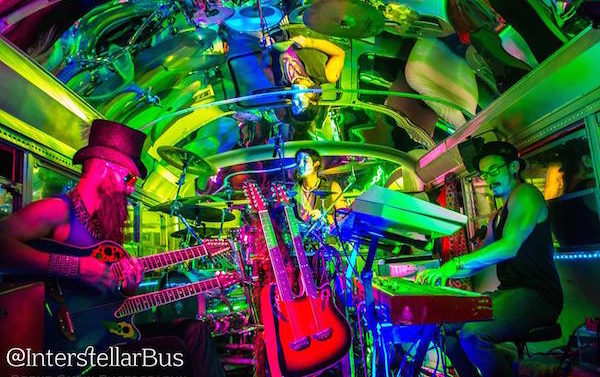 Sightings of a psychedelic school bus in downtown Athens this weekend prompted questions from locals about what it is.

The bus, lit with several different colors of neon lights and covered in paintings, is the traveling venue of band called Interstellar Transmissions. Their music is described on their Facebook page as “carnivalesque shamanic tribal rock fusion,” and your guess is as good as mine to how that sounds. (The band didn’t respond to a request for comment.)

The bus, fresh off a stint at DragonCon in Atlanta, picked up Cherub concert attendees from the Georgia Theatre and took them to an afterparty before leaving for Asheville, NC.

The band remodeled the 1987 school bus into a traveling music venue in 2012. They use social media to tell riders how to find them.

Georgia-South Carolina is the Test Before the Test