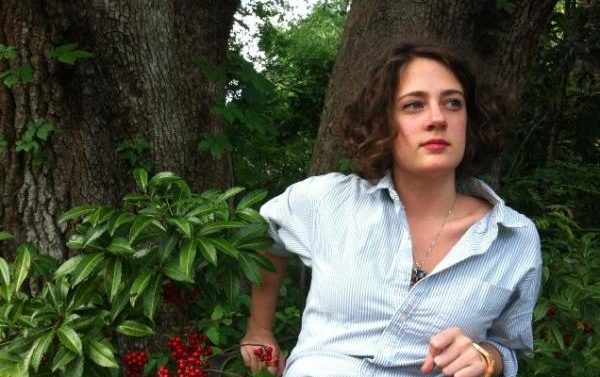 Local songwriter Rebecca Jones plays “singer-songwriter-y, almost poppy love songs” both with her band, Middle Child, and under her birth name. Flagpole recently caught up with her for a quick chat.

Flagpole: Who is Middle Child?

Rebecca Jones: Middle Child is just an independent project: the idea of playing my songs, but with other people involved.  Right now it’s me and Wyatt Pless, and Chris Miller, and Jimmy McAlpin.

FP:  What kind of music do you play?

RJ: Oh God, it’s so hard to describe.  It’s like, singer-songwriter-y, almost poppy love songs—actually, no, I don’t want to say that at all. It’s just like singer-songwriter-y, but [with] the stuff that other people bring to the table. So, like, Jimmy has a pretty trained style of guitar playing, and Wyatt has a really fucked up way of playing bass, and then Chris has this… I don’t even know what kind of drums he does.

FP: What are you looking to do with this band?

FP: Do you want to get famous?

FP: What are your lyrics about?

RJ: Being crazy, and wanting something to make sense. And communication, sometimes. And boys, of course. Not just boys, but relationships in general. A lot of them are based on my relationships, how I’ll have an idea of a person that I’ll maybe try to convey.

FP: I have heard that middle children have a reputation for being pushovers. Can you corroborate this?

RJ: Well, that’s actually the funny thing about the name Middle Child. I guess it is sort of a pushover group, because there’s no set idea for what it’s gonna be—it’s still being developed. I’m not actually a middle child. I’m the baby. The name is kind of the idea of being up in the air… being in the middle, sorta.

FP: Do you have any pets?

FP: Do you believe in other worlds—UFOs and the like?

RJ: Oh, totally. How could I not? How could anyone not? I mean, think about it! There’s so much out there! I actually have been listening to the Flaming Lips a lot in the past couple of days, and Wayne Coyne talks a lot about space, so I’ve been thinking a lot about space. So much. There’s SO MUCH.

Rebecca Jones plays Farm 255 on Saturday, May 11 with The Hernies, Freak in the Fire and murk daddy flex.

Win VIP Tickets to Party in the Park