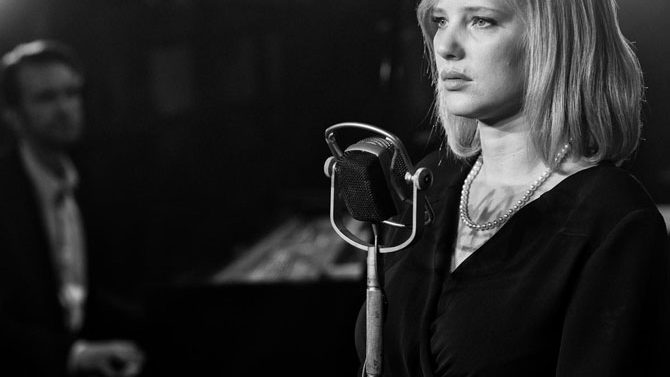 Filmgoers interested in word cinema will remember Polish filmmaker Pawel Pawlikowski’s previous film, the Academy Award winning Ida. His latest film is nominated for three Academy Awards: Best Foreign Language Film, Best Director and Best Cinematography. Were the fields for all three awards not so rich—and bound to be dominated by Alfonso Cuaron and Roma—Cold War would be a likely candidate for the foreign language and cinematography prizes.

The black and white photography of nominee Lukasz Zal stunningly frames the narratively sparse love story, loosely inspired by Pawlikowski’s parents. The love affair between music director Wiktor (Tomasz Kot, who may be Poland’s answer for Thomas Jane) and singer Zula (Joanna Kulig) starts in the Polish countryside of the 1940s and continues off and on into the 1960s. Naturally, the dominant communist regime makes love and life difficult for the couple, especially after a planned defection to France.

The film is so beautiful, it is easy to get lost in the singing and dancing without realizing little dialogue has been spoken. Every scene with Kot and Kulig is charged with emotional clarity. Cold War is the rare foreign language film that audiences could holistically comprehend without subtitles. It may not seem the conventional pick for a Valentine’s cinematic treat, but Cold War is lovely, bittersweet counterprogramming for whatever romcoms Hollywood has prepared.