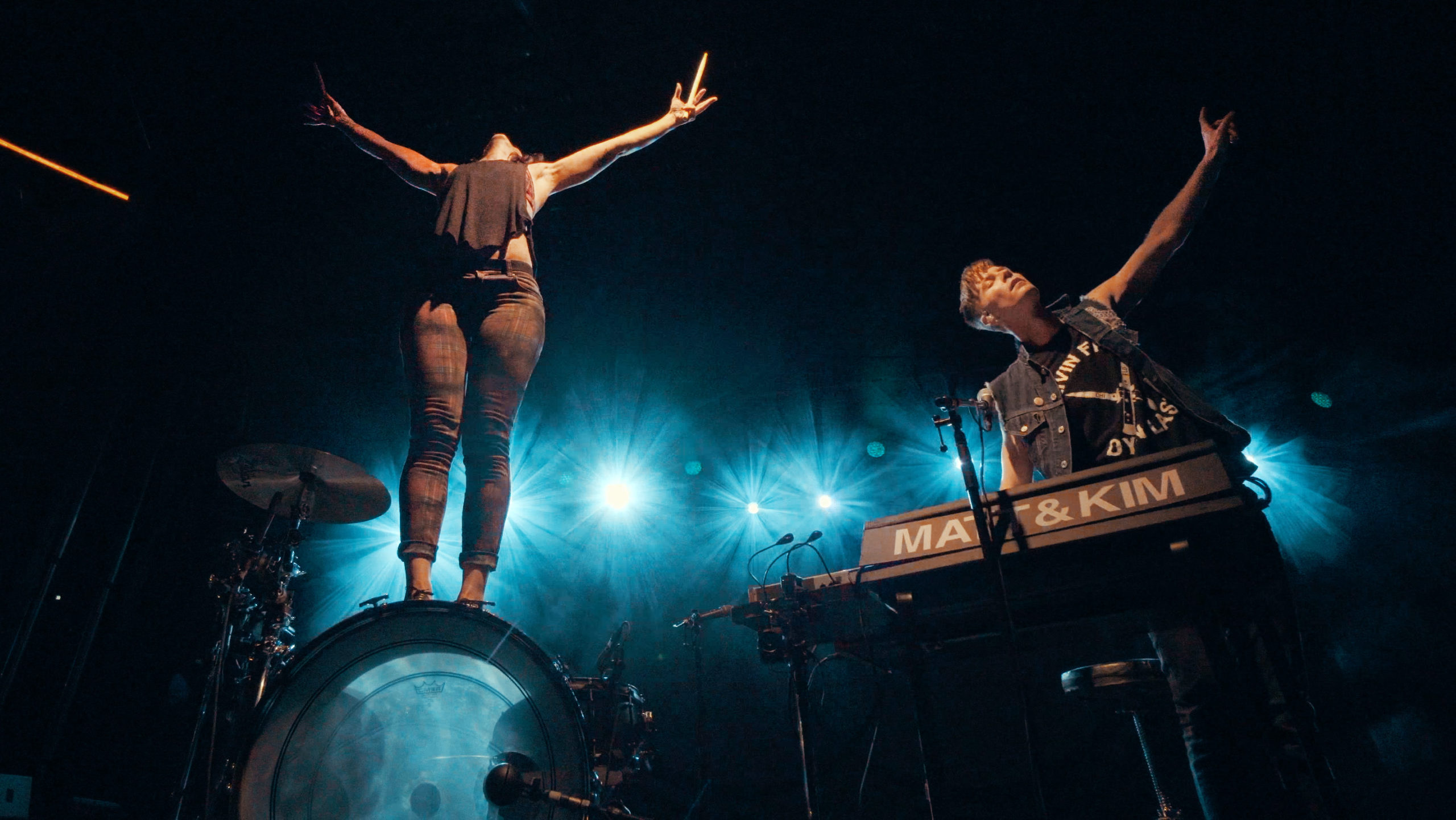 Electronic pop duo Matt and Kim are currently celebrating their 15th anniversary of being a band. Over the past decade and a half, musical and real-life couple Matt Johnson and Kim Schifino have become known for their catchy party tunes, over-the-top live shows and outlandish music videos. (They won an MTV VMA back when that still kind of meant something.) It didn’t take them long to go from writing songs in Matt’s childhood bedroom to playing massive festival stages on a regular basis, and they’ve held onto that position for well over a decade. Attendees of Wednesday’s Georgia Theatre show should expect plenty of singalongs, props and maybe a bit of light nudity.

Ahead of the show, we took a minute to talk with Johnson about his most notable memories from the past 15 years.

On his connection to Athens:

Before our second album, Grand, we played a lot of DIY venues. Houses, warehouses, art spaces. I remember going to Athens and playing a venue called Secret Squirrel. That must have been 11 or 12 years ago. I’m excited to come back. My brother was in this band called The Weight that got their start in Athens, so I feel a connection that way as well. I remember that it was also a game day last time we were in town. I thought it was so cool that, no matter what people seemed to be into, it seemed like everyone came together and got excited about the game. It might be harder to appreciate that if you live there and have to deal with it every weekend.

On the impact of Grand, which just celebrated its 10th anniversary:

That was the seminal release. It changed the game for us. We recorded that in my childhood bedroom in my parents’ house, and I had no idea what I was doing. I remember Googling “how to record music,” because I had never really done it “the right way” before. The first album, we recorded in one week, because we didn’t have any money and rushed it, but for Grand I was like, “I can figure out how to do this the correct way.” Then we got a platinum record and a VMA off of that—it’s something we never expected.

I have this memory—we were backstage before a show with our manager’s daughter, who is like 21 years old. A song from the MGMT album Oracular Spectacular came on, and she said, “Oh, throwing it back to the old-school jams.” Then I realized she was like 11 when that song came out, and it made me remember that us and MGMT were coming up at around the same time. We kind of knew MGMT, and we saw each other at the airport once—all of us waiting on a flight to go meet with Rick Rubin. I remember all of us sitting on the floor, and I just think about how none of us realized we had just made the albums that would change our lives forever.

On his favorite song he’s written:

That’s an impossible question. That’s like, we have 60 children and you tell me to pick one. It always changes, but the song I have in my head—maybe because it’s so recent—is “Happy if You’re Happy.” It’s a simple little song, but it’s the first time I really wrote a song about Kim, so it means something special to me. I’ve definitely had lines in other songs about her, but this was the first time I sat down and wrote a full song on my own about her and our relationship from start to finish.

On his most embarrassing onstage incident:

I believe this was in Kelowna, Canada about six or seven years ago. We were playing on this stage that was in a sort of pond—there was a moat between us and the audience with a metal bridge going across it. We were playing a song, and at one point I cross the bridge and climb a light scaffolding. I was trying to get the crowd going; everyone was cheering. Then, I jumped off the scaffolding and fell into the moat. I gathered myself and climbed out, and the crowd gave me a kind of courtesy cheer as I got up. Then, I go back to cross the little metal bridge back to the stage, and I fell off the bridge back into the moat again. I got out, and people were not even cheering at that point—they were just like, “Get back on stage.”

On the best meal he’s ever had on tour:

This comes from a very skewed perspective, but I feel like it was a drunken plate of bus nachos. Which, I should say, bus nachos are not glamorous. They involve a microwave and whatever you have leftover from the tour rider in the fridge. I think I was just at the sweet spot of having enough to drink that they tasted like the best thing ever.

On the biggest lesson he’s learned:

I think one very important thing I’ve learned, and it seems very counterintuitive, but it’s to not have any goals as a band. I’ve played in bands since high school, and I never thought of it as anything other than something that’s fun to do. I just loved playing music and writing songs, so I had no expectations. I never thought we’d tour, leave the country or anything like that. Once you start making goals, you have an expectation and you’re setting yourself up to get let down. As long as you enjoy writing songs and playing shows and that’s it, you’ll never be let down as long as you get to do that.

Before They Were Truckers: An Oral History of Adam’s House Cat