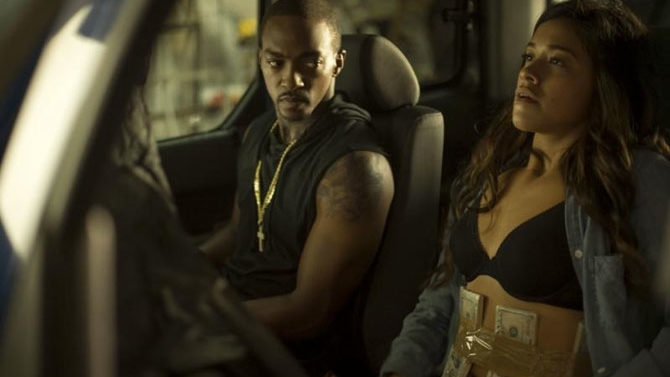 The 2011 Mexican film on which Miss Bala is based sounds more interesting. Recent criticism leads one to presume the first film was more exciting, as well. Catherine Hardwicke’s remake stars Gina Rodriguez (a Golden Globe winner for the CW hit “Jane the Virgin”) as Gloria Fuentes, a makeup artist from Los Angeles, who gets kidnapped by the Las Estrellas gang after visiting an old friend, Suzu (Cristina Rodlo), in Tijuana.

As Gloria attempts to locate Suzu—a contestant in the Miss Baja California pageant—after a shootout at a local nightclub, Gloria is forced to blow up a DEA safe house by gang leader Lino Esparza (Ismael Cruz Córdova—former “Sesame Street” resident Mando). This action brings Gloria into the sights of roguish (i.e., goateed) DEA agent Brian Reich (Matt Lauria from “Friday Night Lights”), who threatens prison if Gloria does not cooperate with catching Esparza. Now, Gloria has to save herself, as well as find the missing Suzu.

The movie trots out too many lazy plot devices (dumb kid turns on cell phone that allows drug dealers to find Gloria) and hoary clichés (are any Mexican officials not corrupt?) to overlook, despite its beautiful locales. The movie argues against itself as a tempting ad campaign for Mexican tourism that simultaneously provides its own counterargument against traveling south of the border. The film needs more pulp in its setup, but the wild finish from the pageant on shows promise for any potential sequel the last scenes surprisingly tease. I thought I was pretty good at sniffing out prospective franchises, but Miss Bala caught me flat-footed.