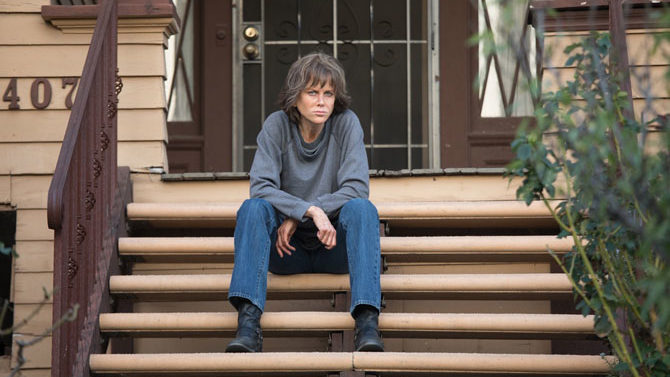 Karyn Kusama’s Destroyer arrives in Athens with no Academy Award nomination for Nicole Kidman and months-old buzz that has just about petered out. Kidman stars as Erin Bell, a tough LAPD detective investigating a murder with ties to her time undercover with a California gang led by the charismatic Silas (Toby Kebbell). Erin flits from one remaining gang member to another in her search for her recently reactivated nemesis. The film is riddled with flashback-delivered exposition scripted by Phil Hay and Matt Manfredi, the duo that also wrote Aeon Flux, Kusama’s big, disappointing follow-up to her breakout directorial debut, 2000’s Girlfight.

Though Destroyer is ostensibly anchored by a strong performance from Kidman, the makeup used to age and mar her striking appearance is too distracting. It’s as obvious as—though less effective than—the wizardry used to transform Charlize Theron in Monster; Kidman simply looks like herself in ugly makeup. A more understated effect, like that used on Julia Roberts in Secret in Their Eyes—in which Kidman also appeared—would have allowed the actress to do the hard work convincing audiences a movie star is actually a weathered veteran police officer. The visual disconnect is too jarring, detrimentally affecting what may be a powerful performance by Kidman—it’s just too hard to tell under that wig and makeup.