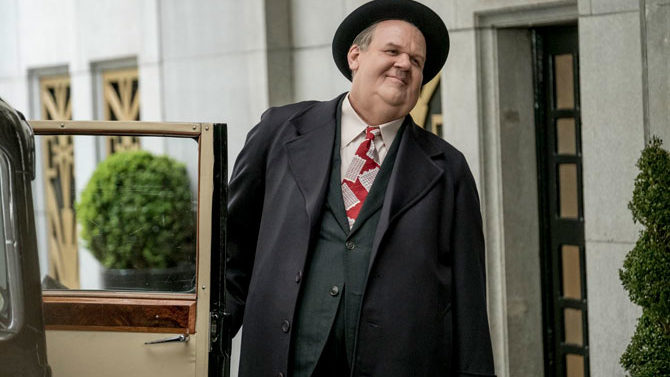 Audience members armed with at least a modicum of Laurel and Hardy nostalgia are bound to get more out of Stan & Ollie, a new Laurel and Hardy movie masquerading as a biopic (or is it the other way around?). If the names Laurel and Hardy do not ring a bell, Stan & Ollie will be an odd watch, taking place at the end of the beloved comedy duo’s career rather than at their height.

In 1953, the washed-up duo toured England—think of it like the “last” tour all those classic rock bands take every summer. What started as a joke in small clubs ended in sellouts in London. Apparently, it almost ended their friendship, too. According to the stills that accompany the early part of the credits, the film recreates this tour quite accurately.

John C. Reilly and Steve Coogan so utterly become Oliver “Babe” Hardy (born in Harlem, GA) and Stan Laurel that questions of the veracity of this dramatization of their friendship’s latter years become moot. Reilly and Coogan transcend the impersonations with which such biopics are usually associated. Audiences get two duos for the price of one—as a pair, Shirley Henderson and Nina Arianda rise above the standard spouses as Lucille Hardy and Ida Laurel, respectively.

Stan & Ollie is unlikely to create a new generation of Laurel and Hardy fans, but the already initiated will enjoy the stroll down memory lane.