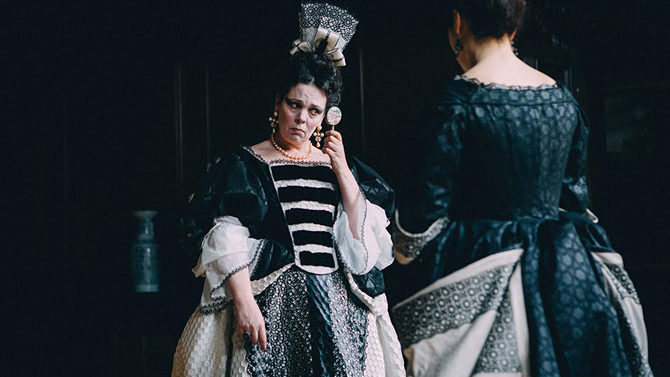 It is easy to see why the Atlanta Film Critics Circle lauded Yorgo Lanthimos’ The Favourite with their awards for Best Film, Best Lead Actress, Best Supporting Actress, Best Ensemble Cast and Best Screenplay. Lanthimos’ most accessible film yet intelligently combines a costume biopic about Queen Anne (Olivia Colman)—you know, the one after whom furniture is named—with a wicked satire about class, gender, sexual orientation, you name it.

While attempting to rule England in the midst of a war with France, Queen Anne is advised by her rather mean friend Lady Sarah (Rachel Weisz), whose husband, the Duke of Marlborough, leads the army. Then, Lady Sarah’s poor cousin, Abigail (Emma Stone), arrives at court and rather quickly wins Anne’s favor. The political and social machinations at court have rarely been portrayed with such relevance, again thanks to the sharp script and performances from Weisz, Stone and Nicholas Hoult, as a landowning member of Parliament. However, Colman’s Anne sizzles with the mercurial nature of a sick royal depicted, probably unfairly, as unable to govern her kingdom.

Just when you thought bawdy, historical satire might be out of style, The Favourite reminds us how important it can be for assessing our current political and social climes.