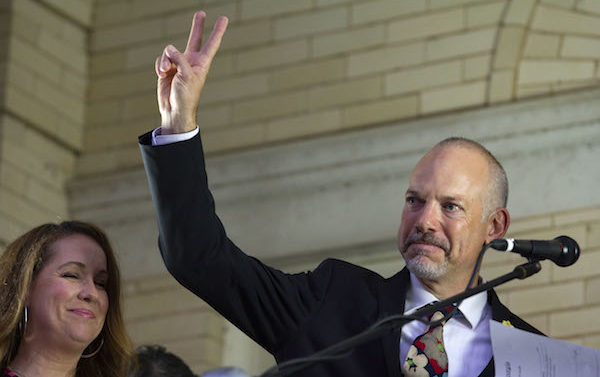 New Mayor Kelly Girtz and four new Athens-Clarke County commissioners, along with re-elected incumbent Melissa Link, were sworn in Tuesday at City Hall, ushering in a new era of progressive politics for Athens. All photos by Savannah Cole.

In the coming months, Girtz, Link, Tim Denson, Russell Edwards and Ovita Thornton—along with Mariah Parker, who was also elected in May but sworn in in June, and returning commissioners Allison Wright, Jerry NeSmith, Andy Herod and Mike Hamby—are expected to address issues like affordable housing and criminal justice reform.
“This is a time of great promise,” Girtz said. “I think it’s a time when we’re going to see increased opportunity for every sector of Athens. A great era of equity approaches. I thank everybody in this room and everybody beyond for being part of that.” 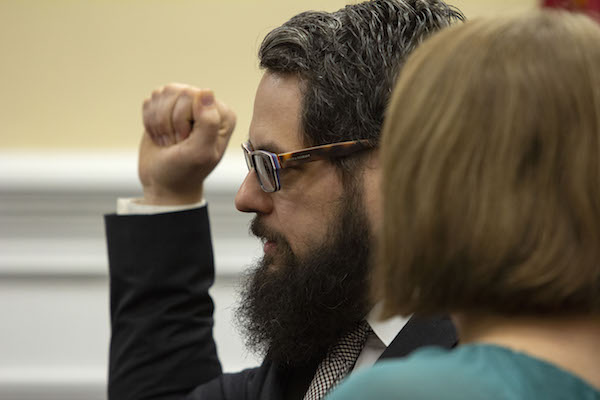 Denson raises a clenched fist as he’s sworn in.

Parker—who was sworn in earlier than the rest because she won a special election to replace Harry Sims, who resigned to run for mayor—was briefly a right-wing target after she raised a clenched fist with her other hand on a copy of The Autobiography of Malcolm X.  She started a trend: Denson chose to be sworn in on Martin Luther King Jr.’s Letter From a Birmingham Jail, while Link chose Unbought and Unbossed by Shirley Chisholm, the first black woman elected to Congress and the first African American to run for president, and her grandmother’s copy of Rachel Carson’s 1962 environmental expose Silent Spring. 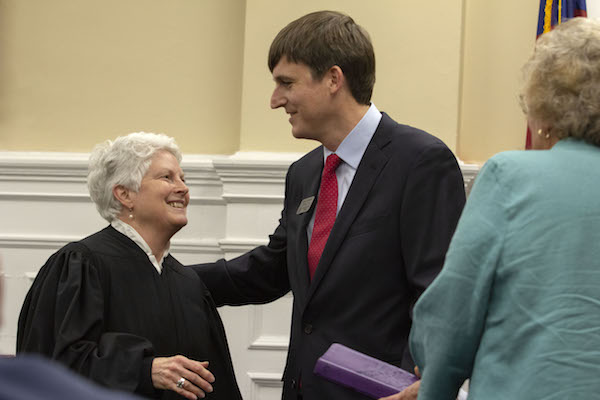 Edwards is sworn in by Probate Court Judge Susan Tate.

Edwards said he “didn’t want to fool with” picking a book. “I had my hand on Teddy,” his 5-year-old son, he said. He later borrowed Thornton’s purple Bible for the second swearing-in ceremony. 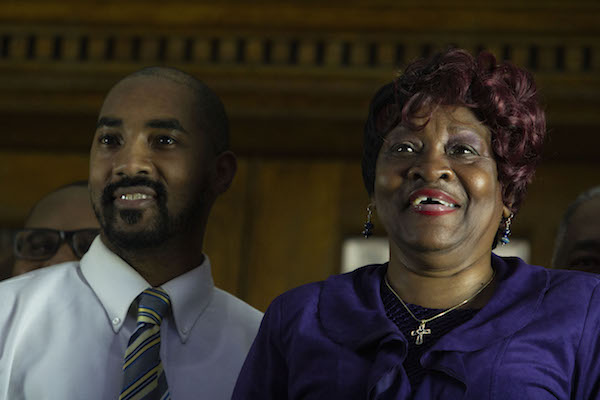 Commissioner Ovita Thornton with her son and campaign manager, Cory. 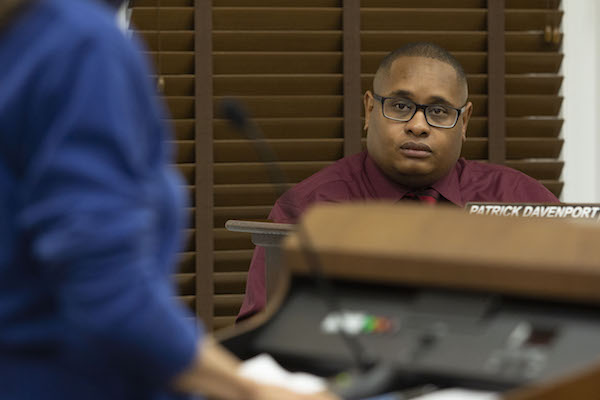 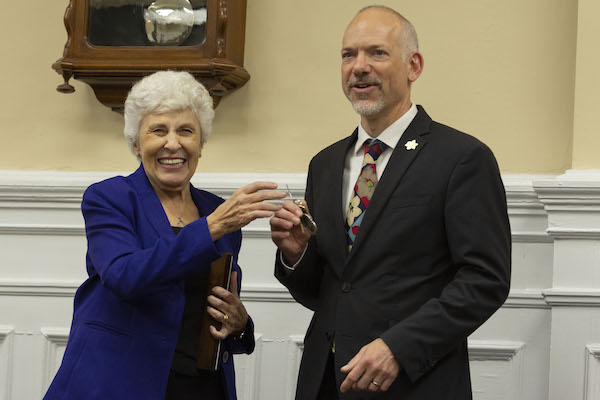 Former mayor Nancy Denson turns the keys over to Girtz. 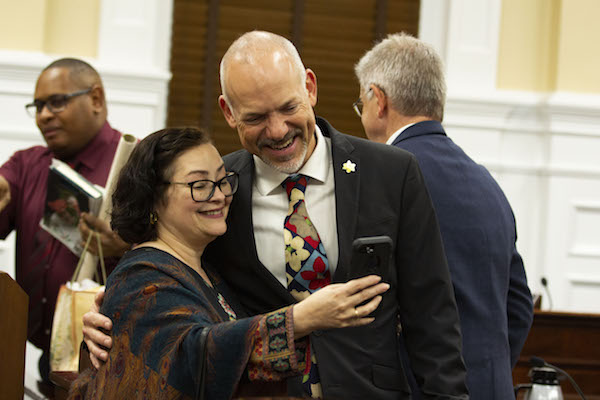 Girtz and the five commissioners first took the state’s two oaths of office in front of a crowd of hundreds on the steps of City Hall, where Parker led a chant of, “Ain’t no power like the power of the people, ’cause the power of the people don’t stop!” Many supporters later packed into the commission chamber to watch them take the local oath of office required by the city-county charter. 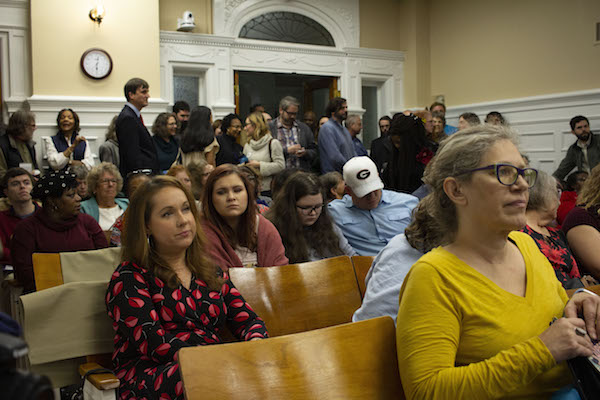 Over 100 people—a fraction of the crowd that gathered outside City Hall for the first swearing-in ceremony—packed into the commission chamber for the second.