The Possession of Hannah Grace Review 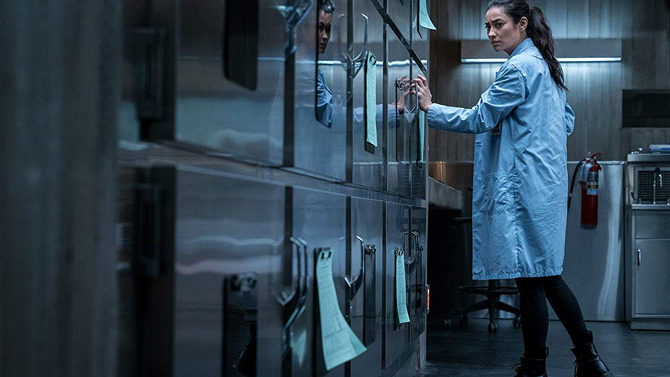 The Possession of Hannah Grace is just the sort of middling horror movie that is not as bad as it seems without actually being any good. Inexplicably released in theaters when other, better horror fare languishes on streaming services, The Possession of Hannah Grace appeared with no fanfare; I knew nothing of the film until my weekly check of local theater schedules.

Traumatized former police officer Megan Reed (Shay Mitchell, whom you might know from “Pretty Little Liars”) is in a morgue, alone, at night, when the body of Hannah Grace (dancer and contortionist Kirby Johnson) arrives. As Megan begins to question her sanity, we in the audience know people are actually dying because Hannah is possessed by a Bowie-eyed demon that her distraught father (Louis Herthum) and some unfortunate priests could not exorcise in the opening sequence.