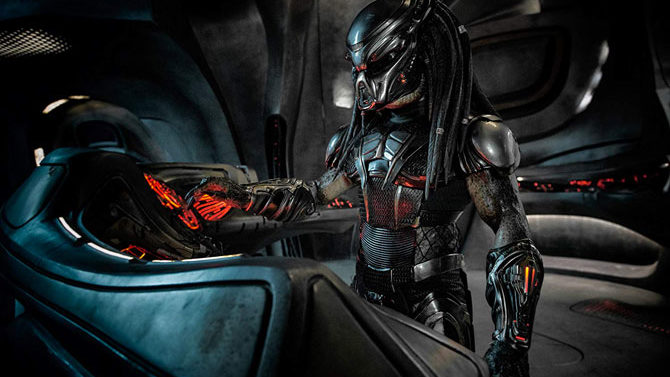 1987’s Predator showcased the galaxy’s deadliest sport hunter taking on cinema’s premier muscleman. The Predator returned in 1990, but Arnold Schwarzenegger did not. Not surprisingly, Danny Glover was not a very satisfying replacement for the future Governator. A couple of uninspired attempts to bring the comic-book death match pitting Predator versus its natural uber-prey, the Alien, failed to catch on. A third Predator flick landed in 2010, and so far as I can tell, no one really remembers it.

Enter Shane Black, the ’80s wunderkind who wrote Lethal Weapon and was killed by the alien hunter in the original Predator. He attempts to jumpstart the wannabe franchise with a sequel that’s every bit as dumbly entertaining as one would have expected had it been released in the late ’80s or early ’90s. The casual offensiveness of the movie would have seemed de rigueur 30 years ago, when Black and co-screenwriter Fred Dekker penned the eternally awesome Monster Squad. In 2018, this Predator could have benefited from some sensitivity training. Black displays a lot more careless tendencies here than in his well-received previous features Kiss Kiss Bang Bang, Iron Man 3 and The Nice Guys.

A bland, white Army sniper named Quinn McKenna (Boyd Holbrook, whom you probably will not remember from anything except for Netflix’s “Narcos,” maybe) runs into a Predator (Brian A. Prince) while on a mission in the Mexican jungle. McKenna loots the Pred’s iconic mask and wrist gauntlet and ships them home, where his bullied son, Rory (Jacob Tremblay), activates a homing beacon picked up by another Predator that just so happens to be ridiculously large (11 feet tall!).

Fortunately for the viewers, McKenna joins a dirty not-close-to-a-dozen—Moonlight’s Trevante Rhodes, Keegan-Michael Key and Thomas Jane are the standouts—all labeled mentally unfit by the government, who are way more fun to hang out with than McKenna. Even Jane’s very ’80s Tourette routine nabs a few laughs, when the other half of his military odd couple, Key, is not hogging them. Once Olivia Munn’s scientist enlists, the gang’s all here and ready to find the alien invader before the required shady government operative (Sterling K. Brown)—who chomps Nicorette and wears sunglasses at night as shorthand character development—does.

The Predator may have its issues, but damn, is it fun. Black delivers the Predator 2 that we wanted nearly 30 years ago. Imagine if this movie starred Arnold reprising the role of Dutch, now a military prisoner due to what he had seen in Central America. Sure, the supporting ensemble would be different—don’t expect that it would have had more women than Munn and Yvonne Strahovski’s estranged wife—but Black and Dekker (ha!) could have written a nearly identical script that still included gems like tiny Rory trick-or-treating in the Predator mask. Instead, we get this diverting if outmoded movie, which feels dated enough to need its tracking adjusted and its politically incorrect jokes excused.