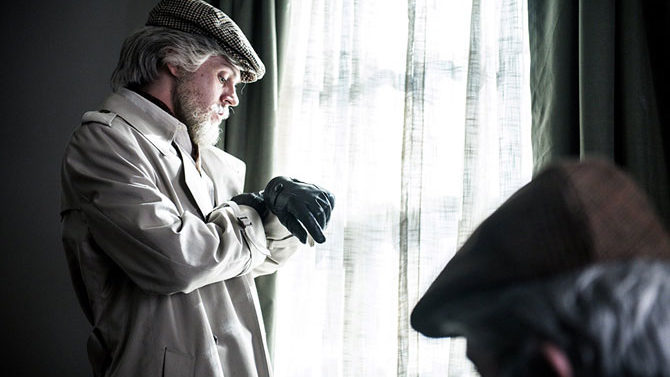 You may have caught writer-director Bart Layton’s previous feature, a true-crime documentary called The Imposter, on Netflix; Layton follows up that thrilling true story with a real-life heist as audacious. Layton’s unexpected, welcome combination of dramatization and documentary takes what its trailers present as an ultra-stylized Spring Breakers/Bling Ring morality tale of youth gone wild and presents it to the audience in the more sympathetic terms expressed by the various adults who knew the real Spencer Reinhard, Warren Lipka, Eric Borsuk and Chas Allen.

Why would such nice boys commit such a naughty act? Boring suburban lives and prescribed college educations predicted sedate futures devoid of the wide-open world promised to them by their parents. So, naturally, they decided to make like Thomas Crown and steal one of the most valuable books of art in the world. Their felonious amateurism belies the Hollywood myth of the heist and the cool criminals portrayed in Ocean’s 11. Lifelong pals Spencer (The Killing of a Sacred Deer’s Barry Keoghan) and Warren (Evan Peters, well-known from multiple seasons of “American Horror Story”), are no Clooney and Pitt; they are more like the bumbling crooks in Masterminds, though with worldviews decidedly more deadened à la the protagonists of a Bret Easton Ellis or Chuck Palahniuk novel.

Take special note of Keoghan, who somehow couples a near psychopathic blankness with deep emotional sympathy and is truly stunning to watch. The film is no slouch, either.