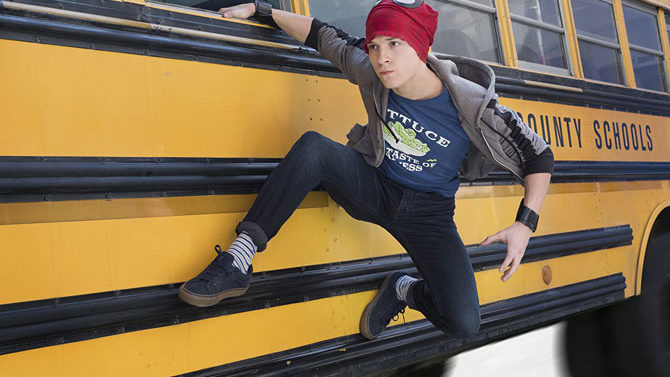 Marvel’s end-of-April release of the year’s biggest movie to date means movie summer has officially begin, and it is only early May. Not only is Avengers: Infinity War, aka Avengers 3, the biggest movie of the year, it is Marvel’s biggest yet. The Russo brothers’ retelling of 1992’s Marvel Universe-spanning crossover event, The Infinity Gauntlet, is the studio’s most ambitious outing of the 19 released since 2008’s breakthrough, Iron Man. Sure, the first Avengers movie successfully broke the critical and commercial dam on cinematic superhero team-ups, as Iron Man, Captain America, Thor, Hulk and the rest took on Loki and an alien menace, while Captain America: Civil War—also from Infinity War’s Anthony and Joe Russo—increased the numbers of onscreen heroes without watering down the base narrative. But Infinity War, even while featuring the most heroes fighting the most serious threat to the universe yet, does so with the most deftness and least flab of any of the plus-sized MCU entries.

Without spoiling anything (hopefully), Infinity War picks up where Thor: Ragnarok left off. Mad Titan Thanos (Josh Brolin) is collecting infinity stones, the most powerful mystical objects in the universe, with which he can control space, reality, power, mind, soul and time. Basically, with all of them fitted into his bespoke glove, heretofore called the Infinity Gauntlet, Thanos will be the most powerful being in the universe, a god capable of snuffing out billions of lives with the snap of a finger, which just so happens to be his benevolent goal. Thanos values balance, and he has crisscrossed space, applying his genocidal practices on world after world—including those of more than one Guardian of the Galaxy. Earth being home to two of the six gems means the Avengers, Earth’s Mightiest Heroes (Superman might have a bone to pick with that claim) have to put their civil war on ice and team up with popular non-Avengers like Black Panther (Chadwick Boseman) and Spider-Man (Tom Holland) to put down another alien invasion.

Yes, Marvel Studios has hit on a winning superhero-filmmaking formula akin to that of Coca-Cola, and Infinity War smartly (and likely contractually) adheres to it. Levity is injected early and often from all the expected faces. No one was ever shocked that Robert Downey Jr. gave Tony Stark a razor-sharp wit, but Chris Hemsworth’s Thor is a continual and welcome surprise who teams up naturally well with the Guardians, especially his new pal, Rocket Raccoon (v. Bradley Cooper), and moody teen Groot (v. Vin Diesel). The Russos and screenwriting duo Christopher Markus and Stephen McFeely balance a star-studded cast playing a multitude of A-list superheroes. When one group—say Vision (Paul Bettany) and Scarlet Witch (Elizabeth Olsen)—get boring, we transition to another and then another and then another, until everyone’s on the same climactic Wakandan battlefield.

Audience members with a particular favorite—especially if it’s Chris Evans’ Captain America or any of the heroes on his squad—might leave feeling underserved. Unfortunately, this includes the Avengers’ primary female member, Black Widow (Scarlett Johansson), who at least gets to share a cool “grrrl power” moment with Danai Gurira’s Okoye. Shockingly, mass murderer Thanos shows up in more of the movie than any of the good guys, and gets treated like more than your typical power-mad supervillain. Brolin and the filmmakers actually churn some pathos out of his evil scheme. Marvel’s returns—the entertainment ones that matter to moviegoers, not the box office—do not seem to be diminishing, no matter how many heroes they cram into the story.