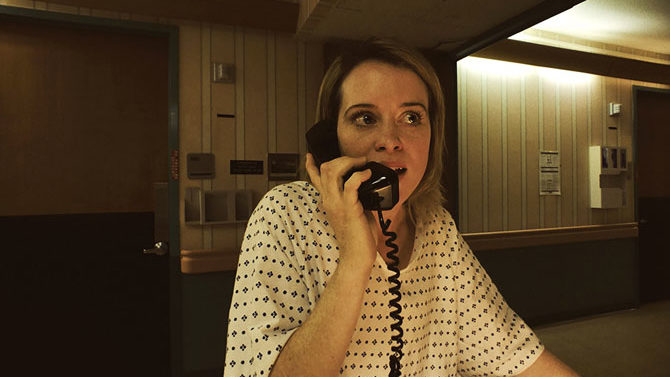 Leave it to Steven Soderbergh—didn’t he say he was going to retire a few years ago?—to record an entire feature film with an iPhone 7 Plus. (Under pseudonyms, he also served as his own cinematographer and editor.) Troubled Sawyer Valentini (Claire Foy, Queen Elizabeth on Netflix’s “The Crown”) has moved to a new city to escape her stalker, David Strine (Joshua Leonard, one-third of The Blair Witch Project trio). When she is committed to a mental-health facility after expressing suicidal ideations, she enters a nightmare world where her sanity actually comes into question after she sees an orderly who looks like David. Or does he?

The movie generates a lot of frustrating tension from the question of Sawyer’s sanity, but eventually provides a straightforward answer. Foy comes off with the snippy intelligence Sarah Paulson brings to TV’s “American Horror Story,” and former “SNL” impersonator extraordinaire Jay Pharoah is surprisingly more than just his masterful impressions. Soderbergh again shows he is an excellent purveyor of genre thrills; Unsane comes off like his stab at a lesser M. Night Shyamalan-style trashy twister, whose twist might just be how good it actually is.