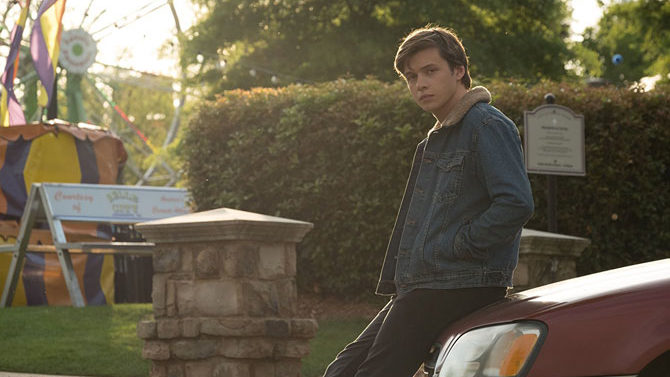 Simon Spier (Nick Robinson; the Kings of Summer kid has grown into a nice romantic lead), the protagonist of this laugh-out-loud, crowd-pleasing teenage love story, is just like your typical, lovelorn high-school senior. Except Simon has a secret: He is gay.

Through some typical plot wizardry, Simon’s secret becomes known to a toady student named Martin (Logan Miller), who has a crush on Simon’s friend and the resident new girl, Abby (Alexandra Shipp). In exchange for keeping Simon’s secret, he must help Martin woo Abby, forcing Simon to treat his friends very poorly. Not only will Simon be outed if his secret is revealed; he will also scare off a potential love interest, known only by his online moniker, Blue.

The plot machinations of Love, Simon will not surprise anyone who grew up on John Hughes movies or the movies spawned by the generation of filmmakers who grew up on John Hughes movies, like director Greg Berlanti. In Elizabeth Berger and Isaac Aptaker’s script, TV whiz Berlanti (see almost every DC character currently on The CW, as well as The WB’s most underrated series, “Everwood”), has found feature material to match his small-screen strengths. One almost wishes Simon were a series with still more eps upon which to binge.