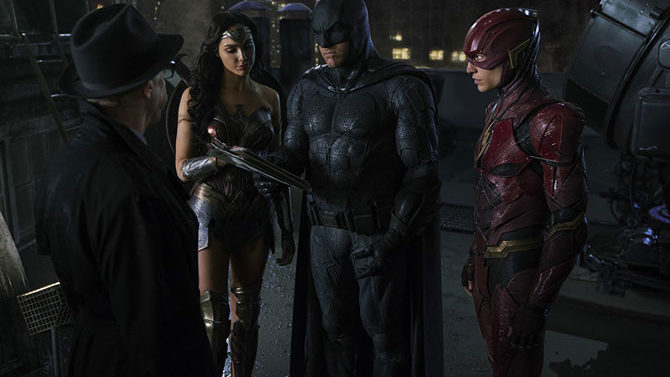 Here is pretty much all you need to know about Justice League: It’s way better than Batman v Superman. With its second superhero team-up, DC has finally embraced Marvel’s more entertaining ethos. (This change can at least partially be attributed to the addition of Avengers scripter Joss Whedon as a credited screenwriter.)

Wonder Woman proves again to be the best of the bunch, while Miller’s Flash and Momoa’s Aquaman are twice as charismatic as the twin pillars of chiseled heroism, Batman and Superman, providing hope for future solo adventures. Justice League is fast (right at two hours!) and fun, which, if nothing else, is another step in the right direction for the DCEU.