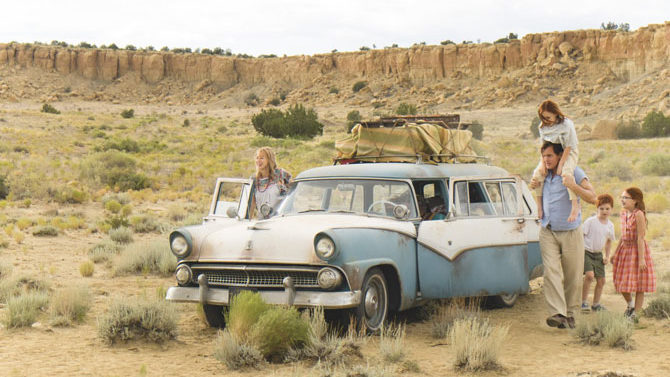 The true story of Jeannette Walls, here played by Academy Award winner Brie Larson, is an incredible one. She essentially grew up with a real-life Captain Fantastic—the fictional 2016 film has more than a little bit in common with her tale. Her father, Rex (Woody Harrelson), dragged his artist wife, Rose Mary (Naomi Watts), and their three children from one ramshackle home to another, as he lost job after job to his ornery idealism and troubling alcoholism.

Director Destin Daniel Cretton (he previously worked with Larson on the award-winning Short Term 12) and writer Andrew Lanham take some big liberties with Wells’ memories in order to construct a believable narrative arc for her just-over-two-hour life. (The duo had less success in adapting The Shack.) As with similar biographical dramas, a lot of the noteworthy work and praise goes to the performers. Larson, Harrelson and Watts will all probably be mentioned again when the silly season of awards dawns, and the expected praise is not undeserved.

However, the end credits offer quick glimpses of the real Rex and Rose Mary; that footage is more compelling than the two previous hours and will make you wish you had seen that documentary rather than this predictably well-built facsimile.