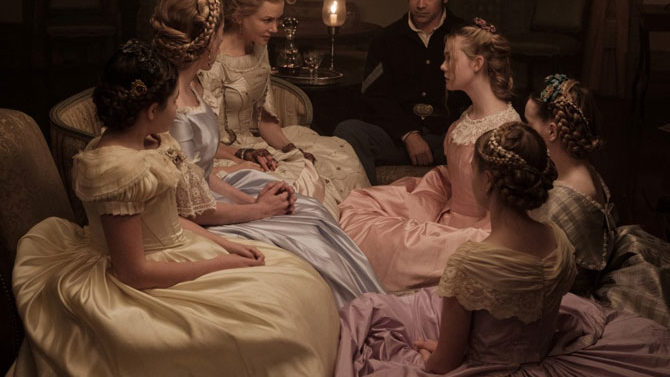 Surprisingly, Sofia Coppola’s Civil War slice of female empowerment is a remake of a nearly forgotten Clint Eastwood film. Having never seen the 1971 version, I can only imagine it pays more attention to Clint and less to the ladies than Coppola does in her slow-cooked Southern Gothic stew.

A wounded Union soldier, Cpl. John McBurney (Colin Farrell), takes refuge in a strictly run women’s school that happens to be home to Nicole Kidman, Kirsten Dunst and sultry-eyed Elle Fanning. As McBurney heals, the sexual tension rises (Christian charity? I think not), as does the cattiness between the women as they vie for the only man around.

Though the trailer presents a more menacing film (Fanning’s “Hope you like apple pie” line implies a bone-chilling fate), Coppola slowly increases the heat as McBurney’s desperation grows. Every performance in this rather small ensemble is strong, and the Oscar-winning filmmaker has not delivered both style and story with such control since Marie Antoinette.