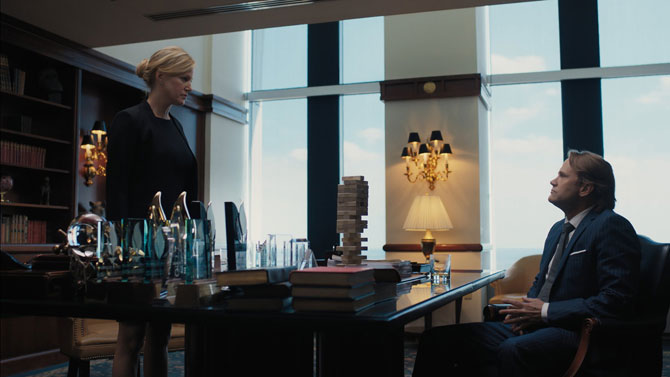 You go, girl! Be just as greedy as Gordon Gecko, Jordan Belfort or any of the other wolves of Wall Street. Anna Gunn, aka Skyler White of “Breaking Bad,” stars as Naomi Bishop, an investment banker attempting to guide the IPO of the new Facebook.

I had little to no clue what was going on throughout much of Equity; I certainly did not know what Bishop’s sort-of boyfriend, Michael Connor, did besides seem suspect because he was portrayed by James Purefoy. He is only slightly less suspect than anyone played by Craig Bierko, who also appears in the film.

The new Ghostbusters may have garnered all the headlines, but Equity puts its money where its title is. Stars Alysia Reiner (“Orange Is the New Black”) and Sarah Megan Thomas produced and contributed to the story with screenwriter Amy Fox. Director Meera Menon joins those women in their assault of the boy’s club that is Hollywood via a movie about woman assailing other professions dominated by men. Fans of Showtime’s “Billions” should enjoy this financial thriller anchored by a tremendous performance by Gunn, who shifts from invulnerable to vulnerable like any of cinema’s popular superheroes.