How to Be Single Review 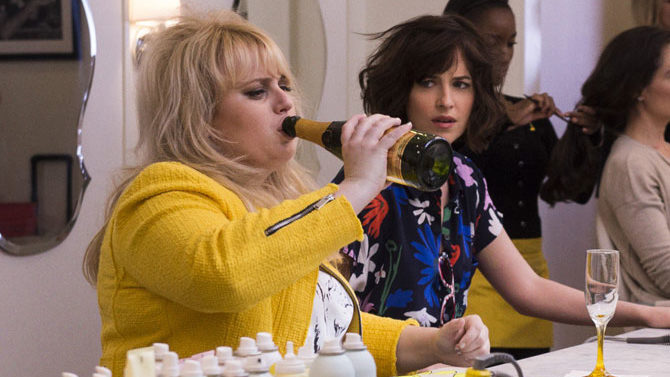 You have seen this entire movie before courtesy of co-writers Abby Kohn and Marc Silverstein, who wrote the even worse He’s Just Not That Into You, which was also based on a book by Liz Tuccillo.

This rom-com perpetuates the myth of singledom, as several adults roam New York City in search of love. Alice (Dakota Johnson) broke up with her college boyfriend, Josh (Nicholas Braun), to find herself; instead, she finds Robin (Rebel Wilson), a new friend/wingman interested in nights of drunken debauchery, mostly in Tom’s Bar, run by man-whore Tom (Anders Holm, Comedy Central’s “Workaholics”). Lucy lives above Tom’s Bar and is looking for love and marriage all over the Internet when it might be right there behind the bar. Other singletons played by familiar faces like Damon Wayans Jr., Jason Mantzoukas (always entertaining) and “SNL”’s Colin Jost waltz in, out and through these single ladies’ lives.

Despite her genes, Johnson again fails to register as much of a cinematic lead, while Wilson again proves less is more until she plays someone more nuanced than a cartoon. An entire movie about Alice’s sister, a doctor played by Leslie Mann, and her younger lover, played by the charming Jake Lacy (his star is definitely on the rise), would have been superior to one focused on the uninteresting Alice.

As individual pieces, the actors mostly succeed (Holm, Lacy and Mantzoukas especially), while barely a line of the script rises above rom-com cliché—pregnancy ruins your body; babies ruin your life; marriage ruins your sex life; yada yada yada, but less funny. Even the single life the movie initially tries to sell is not worth buying.