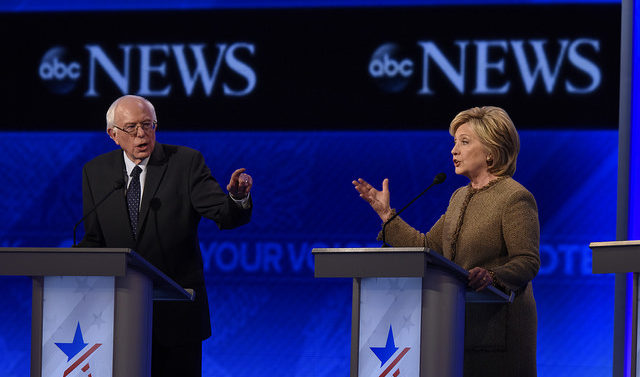 Bernie Sanders did well in Athens—but not well enough to avoid Hillary Clinton blowout in Georgia on Tuesday. Meanwhile, Marco Rubio won a plurality in Clarke County but finished a distant second statewide to Donald Trump.

Athens did not #feelthebern quite as much as his supporters hoped, even though they were well organized and the Sanders campaign set up an office here. Sanders won 49 percent of the vote in Clarke County but just 28 percent statewide. Clinton (who received 51 percent in Clarke County) won every county in Georgia except tiny Echols County on the Florida line. It was almost the reverse of 2008, when then-Sen. Barack Obama beat Clinton here 66–31 on his way to the nomination.

On the Republican side, Trump won every county except Clarke, DeKalb, Fulton and Cobb, which went to Rubio. The Florida senator won 35 percent in Clarke County; Trump had 27 percent, Cruz 21 percent, Ohio Gov. John Kasich 10 percent and Ben Carson 6 percent.

The results were about what I expected. Yes, Sanders is extremely popular among voters under 30, but Athens is also home to a sizeable African American population—which voted more than 80 percent for Clinton, according to exit polls—and older voters who also tend to favor Clinton . Meanwhile, it’s no surprise that our local Republicans are more moderate than the state as a whole.

In Oconee County, Clinton beat Sanders 52–47. Trump won 31 percent of the vote with Rubio and Cruz close behind at 28 and 26 percent, respectively.

At about two million, turnout was roughly the same as 2008—the last time both parties had contested presidential primaries—but interest seems higher on the GOP side. About 300,000 more voters chose a Republican ballot and 300,000 fewer voted in the Democratic race than eight years ago.

According to the Associated Press, Clinton will receive 65 of Georgia’s Democratic delegates, and Sanders will receive 23. Trump will get 32 Republican delegates and Cruz five.

For more on Georgia’s results, check the AJC. For national results, there are many sources, but you’ll definitely want to check out The Guardian’s coverage—especially if you’re an eight-bit Nintendo fan.