The Lady in the Van Review 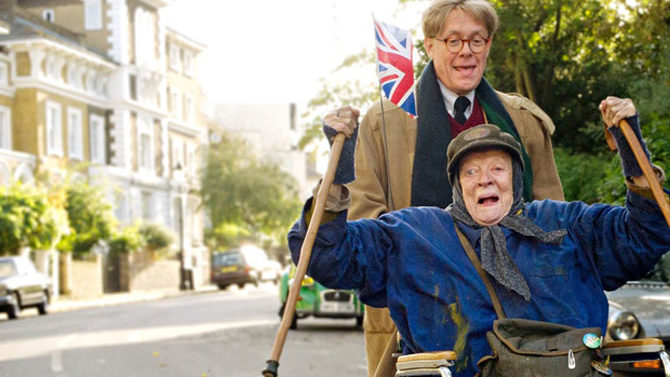 Nicholas Hytner (The Madness of King George) reunites with The History Boys’ Alan Bennett to bring Bennett’s memoir of Mary Shepherd, who lived in a van in Bennett’s driveway for 16 years, to the big screen. This too-crazy-to-be-fictional story does not quite make for as interesting a narrative. Dame Maggie Smith reprises the stage role that has now earned her an Olivier, BAFTA and Oscar nomination with the expected irascible wit; none of Britain’s other grand dames can muster the necessary edges while being profoundly likable.

Still, the initial intrigue quickly wears thin as one recognizes the weakness of the narrative drive. The film itself is not half as delightful as Smith and Alex Jennings—who amusingly portrays Alan Bennett as two separate halves—and becomes rather tediously repetitive. That climactic scene is ill-advised, though a sweet, real-life coda—apparently, the film was shot at the actual location of Bennett’s old home—helpfully erases it. This film is more British trifle than gem.