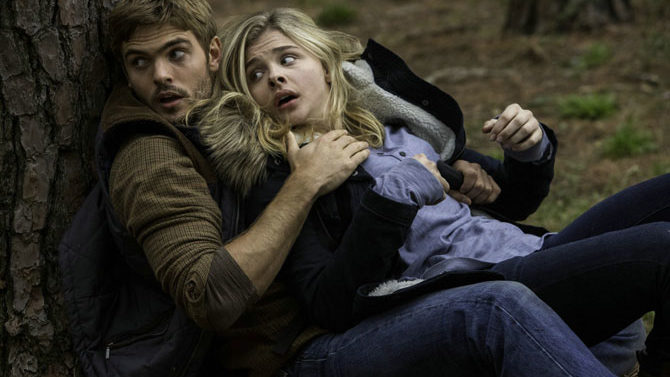 I am trying to imagine the confusion of the casual moviegoer by all these young-adult dystopias. I have read The Hunger Games, Divergent, The Maze Runner and The 5th Wave, and I cannot keep them all straight. I am waiting for the madcap mash-up epic where we learn Katniss, Tris, Thomas and Cassie all exist in the same universe being experimented upon by some uber-evil adult scientists (oh, that’s just The Maze Runner, isn’t it?).

In the latest post-apocalypse, teenaged Cassie (Chloë Grace Moretz) must battle an alien foe called the Others while seeking to recover her younger brother, Sam (Zackary Arthur), from the military led by Colonel Vosch (Liev Schreiber). To make matters worse, the Others look like humans. Cassie’s parents (Ron Livingston and Maggie Siff) are dead. Cassie never got to make it with her crush, Ben (Nick Robinson, Jurassic World). And now there’s a cute new guy, Evan (Alex Roe), who may be an Other. OMG. What’s a teenage girl wandering alone in a dystopian nightmare United States to do?

I fondly remember Rick Yancey’s novel, the first of a planned trilogy, though the trailer failed to elicit many recollections of the book’s narrative. The movie lacks any characteristics to set it apart. Moretz is her typically excellent young self, and Schreiber is a good villain. The other young actors fail to stand out too much, but that could just be thanks to the extreme blandness of director J Blakeson’s movie. To make matters worse, Yancey’s sequel, The Infinite Sea, was even less memorable; I cannot imagine what that movie might be like.