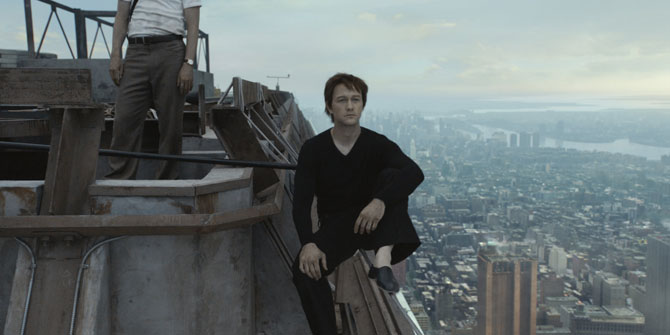 The incredible true story of Philippe Petit and his wire walk between the Twin Towers of the World Trade Center gets the Robert Zemeckis digital effects treatment, and it’s more exciting and entertaining than James Marsh’s Oscar-winning 2008 documentary, Man on Wire. Joseph Gordon-Levitt (a personal acting fave) survives not only putting on a phony French accent but narrating a two-hour-plus film with said accent, which is sometimes a step away from Pepe Le Pew.

Despite JGL, the film’s true star is its digital effects, which beg moviegoers to check out the 3D version. Zemeckis has made a career of pioneering new technology, and has delivered a rare film that deserves its three-dimensional gimmickry. The Walk is the first movie of the 3D renaissance I regret not viewing behind 3D lenses. Even in 2D, Zemeckis’ Walk induces vertigo, and the climactic wire walk is not for the faint of height or acrophobic. Think Six Flags’ “Chevy Show” with a narrative.