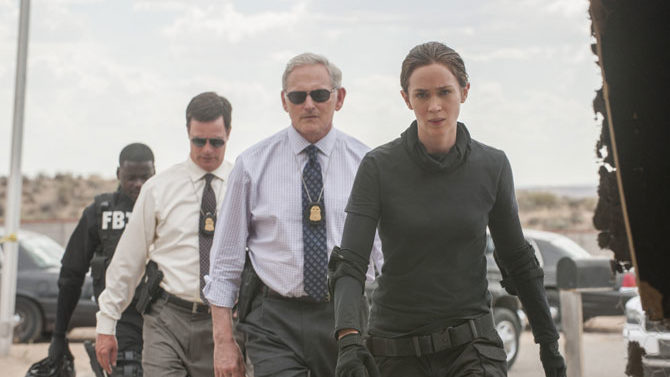 A much more entertaining film than its dark trailer insinuates, Sicario remains murky throughout its two-hour morality play set amidst the modern drug war. After finding a drug house of murder, FBI agent Kate Macer (Emily Blunt) is brought into a drug investigation by shadowy Department of Defense advisor Matt Graver (Josh Brolin) and his even shadowier partner, Alejandro (Benicio Del Toro, giving as strong a performance as he ever has, while looking like a grizzled Brad Pitt). What are Matt and Alejandro actually up to? Kate is not sure, but hounds them until she finds out. The audience is as much in the dark as Kate for most of this foggy tale, which clears up as it reaches its conclusion.