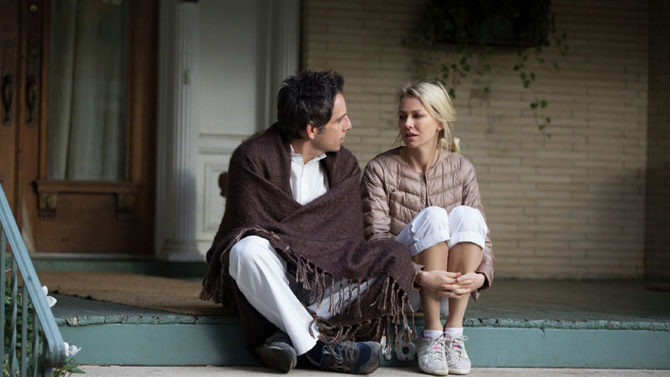 While We’re Young is like two films for the price of one. Mostly, the dramatic comedy stars Ben Stiller and Naomi Watts as Josh and Cornelia, a middle-aged couple struggling to decide whether to grow up like their pals Marina and Fletcher (Maria Dizzia and Beastie Boy Adam Horovitz)—they just had a baby—or stay young like new friends Jamie and Darby (fast rising star Adam Driver, who has gone from “Girls” to Star Wars: Episode VII, and Amanda Seyfried).

Life cannot let them have both, thanks to writer-director Noah Baumbach, whose only Oscar nomination for The Squid and the Whale came an unfair decade ago. He insightfully and humorously tackles growing up today. He juxtaposes the hipsterly old habits of Jamie and Darby—vinyl, board games, VHS—with Josh and Cornelia’s iPhone gaming and DVDs. What Jamie finds ironic, a ‘70s cookie commercial, belonged to the beloved reality of Josh’s childhood. Yet the odd couples seem energized by one another, especially Josh, a documentary filmmaker finding a protégé in Jamie.

Then the movie sort of catfishes the audience. Is Jamie who he says he is? The film does not suffer from this stunning change of tone and focus and still satisfyingly settles its core quandary. While the film may cut to the quick for many thirtysomething to fortysomething couples, it never loses its humor. Stiller has done some of his best work in the quirky worlds of auteurs like Baumbach (see Greenberg); Josh allows him to be his best character, the thwarted version of himself first seen in the video diaries on his short-lived TV masterpiece, Fox’s “The Ben Stiller Show.” Despite all the Nights at the Museum and Meet[ings with] the Parents, he can be so heartbreakingly sad and gutbustingly funny at the same time. While We’re Young is similarly and successfully contradictory.

It Was a Violent Weekend in Athens