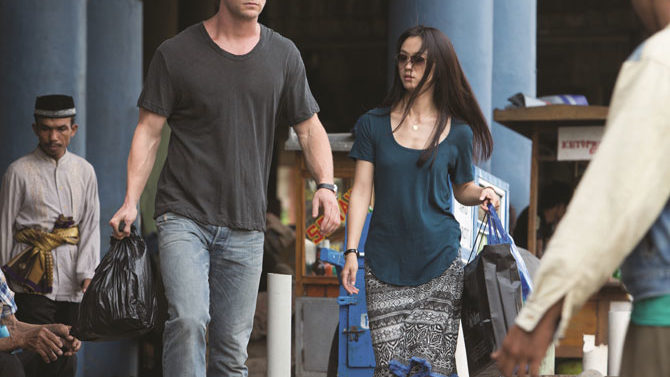 Where has the Michael Mann of Manhunter, The Last of the Mohicans, Heat and The Insider gone? The stylish filmmaker’s most recent efforts, most notably Public Enemies and this cyberthriller (Miami Vice has enough good things to be defensible), are mere shells of his excellent, earlier films. Call his latest Cyber Vice, as convicted hacker Nick Hathaway (the far too dopey Chris Hemsworth) assists a joint U.S.-China task force with catching the “Blackhat” behind a meltdown at a Chinese nuclear power plant. Tubbs to Hemsworth’s Crockett is either Chinese operative Chen Dawai (Leehom Wang, who happens to be an Asian-American pop star) or FBI Agent Carol Barrett (Viola Davis, who, unsurprisingly, is the movie’s strongest asset); you pick.

A why-not love angle is introduced via Chen’s sister, Lien (Wei Tang), because Mann enjoys blue-lit sex scenes. The upside of this flick is seeing what a great fit Mann would be to adapt Charlie Huston’s cyberthriller, Skinner.

Screenwriter Morgan Davis Foehl should have taken some narrative cues from Skinner. Granting Hathaway with physical and technological superiority over everybody else kind of makes all of the other characters pretty superfluous. Having Hathaway as Lien’s protector would have shored up several weaknesses. The weirdly muffled, mumbled dialogue would still be problematic, as would be the difficulty in making cyberterrorism exciting on the big screen. Mann fills the screen with examples of computer wizardry, accomplished mostly by Hathaway, but the most exciting parts are the old-fashioned action set pieces. Enough Mann beats—cityscapes and cab rides, mostly at night and silent—are present to prove he’s responsible, but Blackhat’s multicultural thrills might quickly go the way of The Net.