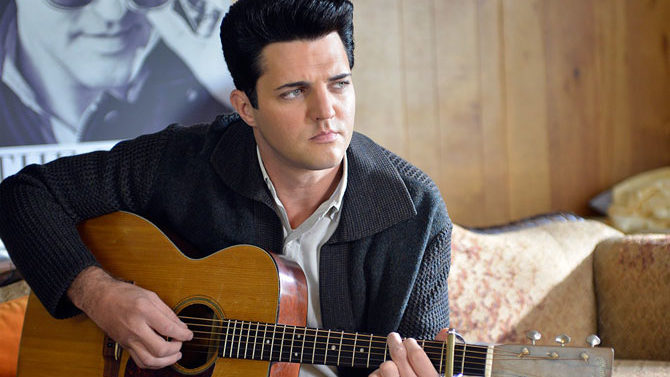 The Identical is one strange movie. Vying for the year’s dumbest, it is also oddly compelling, thanks to performances that are greater than the cinematic whole. Essentially an unauthorized, “what if” biopic of Elvis Presley, The Identical follows Ryan Wade (newcomer Blake Rayne), the adopted identical twin of rock and roll icon, Drexel “The Dream” Helmsley. With the same looks, voice and moves as his legendary brother, Ryan was raised by his preacher-man dad (Ray Liotta) to follow in his religious footsteps, but Ryan’s calling isn’t the Lord; it’s the music, especially that of his celebrated twin. The Identical might be more campily entertaining were it not spiritually inclined; it feels like a Billy Graham feature screened in the Baptist fellowship halls of my youth. First-time director Dustin Marcellino shows little style or grace, though he smartly allows Liotta to lick his chops and devour his scenes. Every scene Liotta appears in (and the executive producer is in a lot) offers something worth watching. Surprisingly, the unknown Rayne, who resembles the departed King in appearance and voice, matches Liotta not in power but in puppy dog presence. He battles the movie’s inherent blandness and wins, delivering the faux-Elvis tunes with a slight snarl and hip swivel. Too bad the movie is so cliché-ridden, and its twisted “Twilight Zone”-ish tale based on Elvis’ twin who died at birth, so idiotic. And what is Joe Pantoliano doing here?