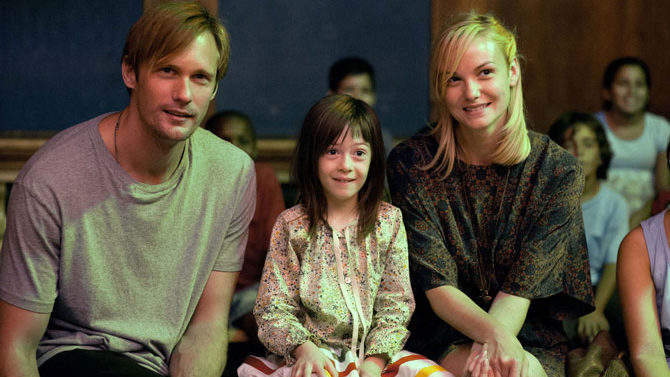 WHAT MASIE KNEW (R) Movies about divorce or an intimate long-term relationship ending are always problematic. Although many deal with the surface turmoil, very few tap into the real emotional rage murdering the couple in conflict. It’s just too uncomfortable to deal with. Only David Cronenberg’s exploitation horror movie The Brood dared to confront such an ordeal in all its savagery and unpleasantness, using metaphor to tear into the truth better than any naturalistic production like the timid Kramer vs. Kramer or the staid Ordinary People ever could. Divorce is a nasty business, especially when children are involved, and it takes a courageous, unflinching storyteller to carry that message.

Directors Scott McGehee and David Siegel are such filmmakers. Their latest production, the subtly observed What Masie Knew, does not rip into the material in the same manner as Cronenberg, but the movie, “based on the superb novel by Henry James,” is certainly unflinching in its examination of a marriage obliterated and a child emotionally cast adrift in the aftermath. Aging rock star Susanna (Julianne Moore) and her husband Beale (Steve Coogan), an art dealer, bicker and tussle while their relationship flares out. In the middle is their child Masie (Onata Aprile), a sprightly, sensitive soul who becomes a pawn in their disruptive divorce proceedings. The court orders that Masie will live with her father, but Beale is hardly a great parent. He’s always busy with work and superficially attends to his daughter’s needs, leaving most of the grunt work to the pretty young nanny Margo (Joanna Vanderham). Masie’s narcissistic mother, on the hand, is no better. Although Masie has all the physical comforts—plentiful toys, attention and unscripted fun—a child could want, the lack of parental oversight takes a toll on her. Masie is unmoored and yearns for people who truly love her and attend to her needs.

Child actors are a handful. In American commercial cinema, we’re usually inundated with the hit-your-marks-trained-monkey kid actors like the nominally talented Dakota Fanning. Fanning’s more naturalistic kid sister, Elle, is an entirely different matter. Aprile’s performance (and it’s a brilliant turn) goes further, harkening back to Ana Torrent’s from The Spirit of the Beehive and Victoire Thivisol’s from Ponette. It’s a treasure to behold. The rest of the cast isn’t shabby either. All of the performances have the ring of identifiable truth, particularly Alexander Skarsgård’s role as Susanna’s boy-toy husband Lincoln, who with Margo lays the foundation for Masie’s security.