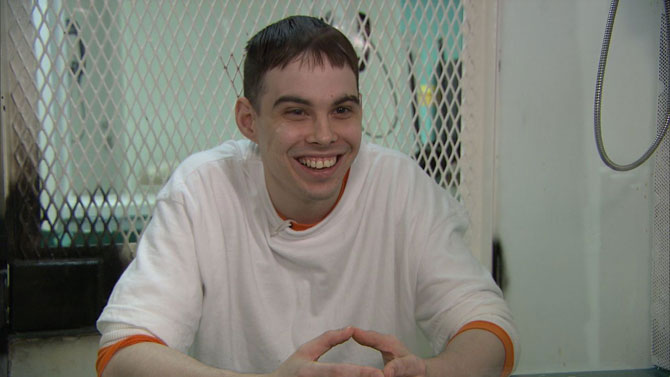 INTO THE ABYSS (PG-13) On Oct. 24, 2001, Michael James Perry and Jason Burkett, both 19 years old, murdered Sandra Stotler, aged 50, in her Conroe, TX home. Stotler had been baking cookies when Perry and Burkett arrived unexpectedly. Perry and Burkett had come to steal her red Camaro. After shooting Stotler twice with a shotgun, Perry and Burkett drove to a nearby lake and dumped her body into the water. Perry and Burkett returned to the home. Neither man knew the code to the security gate to regain entry, so they waited for Sandra’s 17-year-old son, Adam Stotler, to return. Stotler, accompanied by his friend, Jeremy Richardson, arrived at the gate and was told that a friend of his had been injured in a hunting accident. The four men drove to some nearby woods. Perry and Burkett then murdered Stotler and Richardson in cold blood. Both Perry and Burkett were convicted. Perry got a death sentence. Burkett was sentenced to life.

Into the Abyss is a sobering and haunting examination of the broken minds and hearts who became unfortunate players in this tale. There’s nothing particularly unique about the killers or victims here. The case is tragic and horrifying, but there are countless tragedies like this in the news every day, equally heartbreaking or even worse. But the brilliance of the film is that director Werner Herzog has an uncanny gift for drawing out profundity and irony in the most mundane observation. What also makes the film remarkable is that Herzog has no pretentions to being impartial. He is vocally anti-capital punishment, but as Herzog also clearly states to Perry during a prison interview just days before the execution, he doesn’t have to like him nor is he interested in investigating Perry’s professed innocence. Herzog wants to document Perry’s story, but he wants to accurately document everyone else’s side, too, including family members of the victims and an executioner. From its editing to its somber use of music to the sometimes peculiar absurdist asides that Herzog fixates on, Into the Abyss is thoroughly in line with his poetic realist dramatic works and with his great theme of humans pushed to extreme physical and psychological states. By showing his hand so clearly, Herzog paradoxically gets closer to the heart of the matter better than a more “objective” approach. As painful as it may be, there is a strange grace imbedded in it as well.