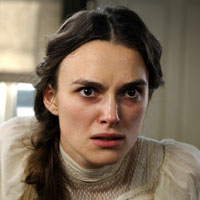 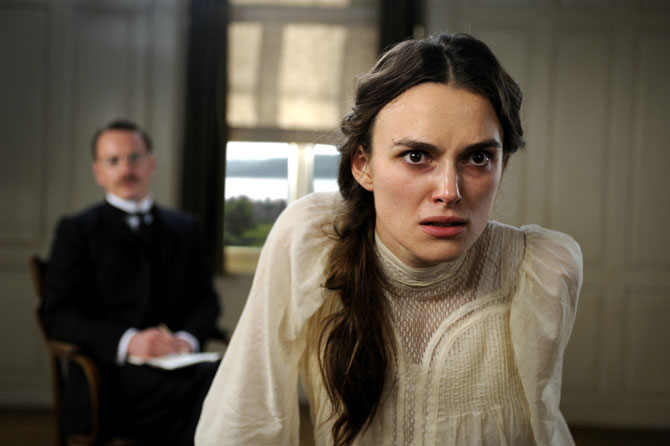 A DANGEROUS METHOD (R) Director David Cronenberg has been one of cinema’s most daring filmmakers. He’s not an aggressive visual stylist like Lynch or Scorsese, although over the years his films have exhibited a stronger classically formal quality. He’s come a long way since his early days making bloody though provocative exploitation movies. In the realm of ideas, however, Cronenberg has always stood apart. His work has consistently explored themes of body transfiguration as personal revolution, the spreading of venereal disease as an act of rebellion and the frightening though liberating possibilities connected with the breaking of sexual norms. Despite the consistency of his preoccupations, he’s proven to be one of our most protean filmmakers.

It may surprise some that the man who gave us Videodrome and The Fly would make a full-on historical piece with A Dangerous Method, especially a straight dramatic movie about the contentious relationship between Sigmund Freud (Viggo Mortensen) and Carl Jung (Michael Fassbender) and the latter’s relationship with his troubled patient and later colleague Sabina Spielrein (Kiera Knightley). But these two pioneers of inner space, specifically Freud, have always filtered through Cronenberg’s movies. It feels inevitable that he’d deal with them straight-forwardly.

On its surface, A Dangerous Method appears like a more respectable, well-behaved production than the earlier The Brood or Naked Lunch. You’ll find no murderous mutant children or talking giant cockroaches here. Cronenberg hasn’t entirely abandoned his transgressive instincts, though. He may not bare his teeth so savagely, but his obsessions are nevertheless firmly present, as is his ability to extract strong performances from his leads. Fassbender is magnetic as the repressed Jung, while Mortensen has a bit more fun as Freud, injecting a subtle sardonic element into the otherwise dry proceedings. Unfortunately, Mortensen isn’t in the movie as much as one would hope. Where things go off a bit is with the casting of Knightley. It’s a fractured performance: assured and perceptive for long periods, jarringly over-the-top at other times. She’s out of her depth, and it mars the movie, since Spielrein is really the center of the story.

It’s unfortunate that Cronenberg has abandoned the monstrous metaphors he usually employs. The richness of fantastical storytelling is that at its best it’s able to illuminate ideas and emotions regarding the human condition that straight naturalism sometimes can’t. And yet even with Cronenberg on his best behavior here, a radicalness hides between the cracks.