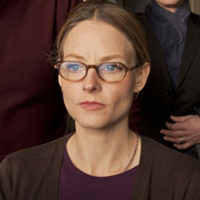 CARNAGE (R) After two boys get into a violent altercation in a Brooklyn park, their parentsâ€”Michael and Penelope Longstreet (John C. Reilly and Jodie Foster) and Alan and Nancy Cowan (Christoph Waltz and Kate Winslet)â€”meet to rationally talk things over at the Longstreetsâ€™ apartment. Their reconciliation is awkward yet pleasant. That is, until their pretenses of politeness and rationality begin to slough off, revealing the bitterness, rage and malice within each of them. Then the alcohol is poured…

Based on Yasmina Reza’s prize-winning play God of Carnage, Carnage finds director Roman Polanski in a playful mood, gleefully dismantling how both couples hide their selfishness and insecurities beneath layers of political correctness and notions of civility. Language is wielded like a weapon, and each of the playersâ€”Foster, Reilly, Waltz, Winsletâ€”takes full advantage of the comedic possibilities here, particularly Waltz, who is able to convey great malevolence with the subtlest of inflections or hardened gaze. As the characters start to expose fangs, it’s couple against couple. But things really heat up when marital allegiances dissolve and each of the characters finds themselves alone within the fray, forced to claw their way out of this mess verbally and intellectually by any means necessary.

Polanski’s mÃ©tier has always been absurdist dark comedy. Much of his work has undercurrents of acidic satire coursing through it, where humor mingles with horror and tragedy as a reminder that the universe is indifferent to our concerns, if not outright hostile. Carnage never reaches the level of mesmerizing discomfort of Polanski’s best work, but there’s a joy in watching a director of his intelligence and brilliant craftsmanship casually deliver such a brisk, caustic, cinematic confection as this. It feels effortless, although you never get the sense that Polanski or any of the actors aren’t giving it their all. A younger filmmaker might second-guess the material, fearing that the limited apartment setting would inhibit their ability to make it visually dynamic. It’s a challenge Polanski and his cinematographer Pawel Edelman take on with confidence, however, heightening the movie’s stage origins with a subtly ingenious use of mirrors which reminds us that we’re dealing with ideas of outward projections versus hidden ugly truths, while widescreen framing accentuates claustrophobia without deviating from the overall naturalistic tone. There’s nothing particularly original or complex here, but Carnage is full of fine, although bitter, moments, showcasing filmmakers and actors serving up thoroughly delightful feel-bad entertainment.