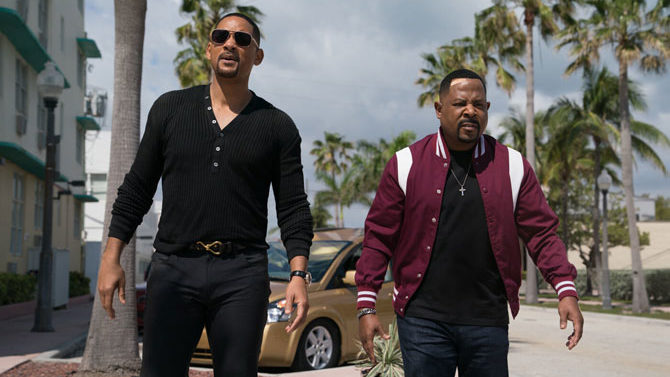 A star-studded cast, including but not limited to Christopher Plummer, William Hurt, Ed Harris and Samuel L. Jackson, highlight The Last Full Measure, based on the true story of war hero William H. Pitsenbarger, who won the Medal of Honor 34 years after his death. Bolstering these releases are two big international releases at the AMC Dine-In Athens 12 celebrating the Chinese New Year. The action comedy Detective Chinatown 3 continues one of China’s most successful franchises, while The Rescue chronicles a Chinese Coast Guard rescue op.

Ciné is offering more chances to see the surprise leader in Oscar nominations, Joker (11 noms), Best Picture frontrunner 1917 (10) and my favorite of the three, Jojo Rabbit (six). Even more exciting is the news that Color Out of Space, an H.P. Lovecraft adaptation starring Nicolas Cage that, more importantly, is Richard Stanley’s first feature film since being fired from The Island of Dr. Moreau in 1996, can be seen on the big screen! On Jan. 28, be shocked, infuriated and more by Suppressed: The Right to Vote, a new documentary about voter suppression in Georgia’s 2018 gubernatorial election.

Flicker continues John-uary with Desperate Living on Jan. 22 and Serial Mom as part of a double feature on Jan. 27. The 1964 William Castle flick Strait-Jacket stars Joan Crawford and accompanies Serial Mom. Pachinko Pop Cinema presents Sister Street Fighter on Jan. 23. Also on the 23rd, the Georgia Museum of Art kicks off an Alfred Hitchcock in Color Film Series with Rope, the real-time thriller starring Jimmy Stewart that was edited to appear as one take 60 plus years before 1917.

The Oconee Library Pagemasters asks fans if the book or the movie version of Kit Kittredge: An American Girl is better on Jan. 24. The Spring Semester Movies at Tate continue with the excellent horror flick Midsommer and 10-time Oscar nominee Once Upon a Time in Hollywood from Jan. 24–26. Beechwood’s Flashback Cinema has another showing of Harry Potter and the Chamber of Secrets on Jan. 22 and the first showing of Gone With the Wind on Jan. 26. A new Christian documentary on sex trafficking, Blind Eyes Opened, preaches to audiences outside the fellowship hall on Jan. 23.

DOLITTLE (PG) Robert Downey Jr. opts for an unnecessary accent—It’s supposed to be Welsh, because everyone knows Hugh Lofting’s legendary vet is a Welshman, right?—in a wannabe blockbuster dominated by questionable decisions, beginning with the choice of the Academy Award-winning writer of Traffic, Stephen Gaghan, to helm this potential new family franchise.

This attempt to revive a traditional version of Dr. Dolittle talks about all the fun adventures the doctor had in a prologue that saddles RDJ as a grieving recluse. The multiple scripters then chose for Dolittle to alleviate the climactic dragon’s stomach issues in a manner that should be lost on the bulk of its youthful audience but will leave their adult handlers whisper-yelling, “Really?!” The result of these decisions is a movie allowing actors like RDJ, Michael Sheen and Antonio Banderas the opportunity to go hammy, while respected actors like Emma Thompson and Ralph Fiennes get to maintain their dignity by voicing Dolittle’s animal friends.

BAD BOYS FOR LIFE (R) This nostalgic ’90s reboot is a by-the-numbers buddy cop movie until a last act even the movie acknowledges hits telenovela levels of melodrama. Nearly 25 years later, Miami detectives Mike Lowrey (Will Smith) and Marcus Burnett (Martin Lawrence) are the same destructive cops. As riffing on Lethal Weapon was already a dated concept in 1995, enjoyment continues to be derived from the movie star appeal of Smith and Lawrence. In a franchise constructed solely out of clichés, Lawrence’s comic relief and Joe Pantoliano’s apoplectic captain have aged better than Smith’s bad boy.

Through Lawrence, the movie humorously explores a semi-meta take on aging movie cops, which is more relevant and appealing than Smith’s obstinate cop disobeying orders and discounting the youth movement, led by Vanessa Hudgens and Alexander Ludwig, coming to replace him. That last act, though, recaptures audience attention through a left-field whopper seemingly intended to expand the Bad Boys universe à la Fast and Furious that only serves to highlight the uncreative violence it triggered.