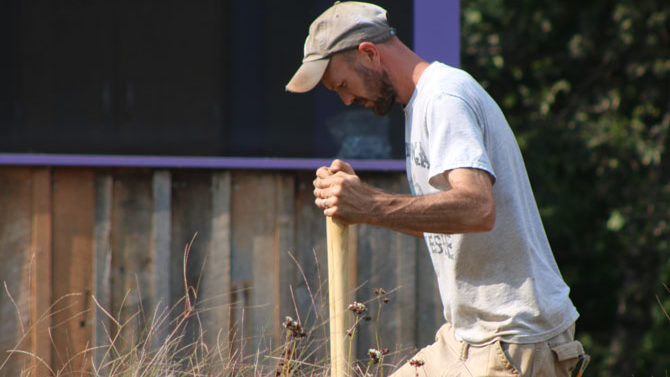 When the Athens Land Trust first broke ground on Williams Farm four years ago, hopes for the success of this urban, education-driven farm were sown along with the winter crops. As a piece of the land trust’s community agriculture program, the farm serves a complex mission.

It takes on a production role, as selling sustainably-grown local produce simultaneously boosts the local economy and connects low-income families with fresh veggies, and the farm provides education and training in organic, sustainable farming to boot.

Three years into production, Williams Farm seems to have lived up to the challenge and then some. These days, in addition to seasonal growing demands, the farm has added a training program for new and beginning farmers, as well as a Community Supported Agriculture program (subscriptions to whatever produce is harvested each week). ALT’s Young Urban Farmers program trains at the farm regularly, and students from UGA and the University of North Georgia have classes at the farm, too.

“It’s got a lot going on,” says Seth Nivens, who took over as farm manager at the end of 2016. On a 5-acre parcel off Ruth Street that had been a working farm in the past, it still takes most people by surprise that a honest-to-goodness farm exists just one mile from the lights and cacophony of downtown Athens.

“Our volunteer coordinator lives right around the corner from here, and he didn’t know that this farm was here until he started working for the land trust,” Nivens jokes, but to be fair, the lot is bordered by woods and largely disguised from street view.

Over the past few years, the farm has quietly added infrastructure and more growing space. To a visitor who saw Williams Farm when it first broke ground, the hoop house, greenhouse and pavilion are all new. So, too, are the processing room and walk-in freezer. These additions have allowed the farm to scale up to 1.25 acres of dedicated garden bed space.

In September, Nivens will work along with ALT staff and student farmers to prepare for fall and winter harvests. Though most of the produce the farm grows is sold at the West Broad Farmers Market or distributed through the CSA, it also sells to some local restaurants.

Despite the pace of production, Nivens says the farm never loses sight of its education mission. “If push comes to shove, being a profitable full-scale production farm would take the back seat,” he says. “That’s the nature of it when you’re working with folks who are learning and your goal is to help them get a sense of the work and have an enjoyable experience.”

But there are advantages to being an outdoor classroom, says Nivens. “We’re trying to do things a little different, which is nice. With part of our mission being education, you have that leeway to try new things then share what we learn. If it doesn’t work, that’s the learning process.”

For example, Nivens wants to move away from tilling. Raking the soil each season with a metal till can disturb the microorganisms that renew the health of the soil, he says. On a farm where the production schedule takes precedence, it would be difficult to experiment with untested sustainable techniques.

Though well used by students and land trust program participants, Williams Farm is open to all. Nivens encourages any community members who want to dig in the dirt from time to time to reach out. Volunteer hours are flexible, but the farm does host regular volunteer days on the second Saturday of each month from 10 a.m.–12 p.m.

“It’s a really special place, being a working, sustainable farm inside the Loop, and a big part of what we’re doing is figuring out how to get local, fresh, sustainably grown food to the people who don’t usually have access to it,” Nivens says. “There’s a pretty cool opportunity to be a part of that, if anybody wants to come check it out.”

If you’re more of an eater than a planter, the fall CSA began Sept. 2, and the land trust will host its annual Harvest Moon fundraising dinner at Williams Farm on Oct. 7. Visit athenslandtrust.org for more information.