When It Comes to Food Labels, Skepticism Is Best 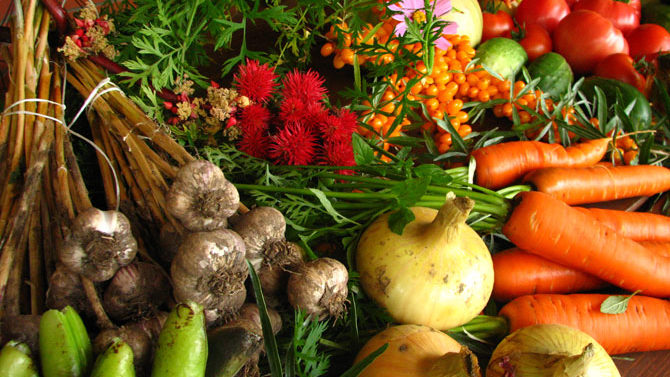 In April, this column profiled a nearby poultry producer. Some readers were very passionate in their responses to their production practices and asked the question, can the humane standards they follow be trusted? This got Flagpole thinking about the many food designations and labels floating around these days, and it’s easy to get lost. So, this article will dig into some of those labels and untangle some of the trickier ones.

Organic and Natural: When it comes to a basic definition of organic, “you’re already getting into the weeds,” says James Carr of the nonprofit Georgia Organics. “Unfortunately, the term ‘organic’ has been co-opted by a number of different agencies… which is why the term has gotten so out of whack.”

The label to trust is Certified Organic, which is administered by the U.S. Department of Agriculture. Organic crops are produced without synthetic pesticides, fertilizers or herbicides and are grown in concert with the natural environment, and a Certified Organic crop has gone through a rigorous certification process to boot. Plus, the farm pays a hefty fee to earn the label.

“All-natural” as a general term, says Carr, doesn’t mean anything. “It’s just a word that is there to make people feel good.” But a Certified Naturally Grown product has meaning. This peer-to-peer system follows similar guidelines to organic, but instead of counting on USDA oversight, farmers keep each other honest. There also aren’t any fees to pay. Compared to 10 Certified Organic farms around Athens, there are almost 30 CNG producers in the area.

Non-GMO: The debate is still ongoing with this label. A genetically modified crop has been altered at the genomic level to produce desirable traits like drought resistance or higher yields. The latest report released from the National Academies of Sciences, Engineering and Medicine found that GMO crops are safe to consume, but the report emphasized the complexity of providing a simple yea or nay to GMOs. The definition of GMO is becoming murkier by the day given the development of new, more precise techniques such as gene editing. Instead of altering an entire genome, this process simply edits out an undesired trait. The CRISPR mushroom, for example, resists browning as a result of targeting and removing the enzyme that causes browning. This gene-edited food bypasses the Food and Drug Administration’s current GMO regulations.

Whichever camp a consumer supports, says Stephen Corradini, southeastern vice president at Whole Foods, he has the right to know what he’s eating. GMO labels are the No. 1 concern of Corradini’s customers, so Whole Foods recently committed to providing accurate labeling on all products by 2018. “Not everything will be GMO-free,” he says, “but we’ll let consumers make the choice.” The Non-GMO Project and NSF True North are trusted non-GMO labels. All USDA certified organic products are also non-GMO.

Gluten-Free: Of all of the food labels, “gluten-free” is the most straightforward but over-marketed one in the bunch. Gluten is a protein found in wheat, and without it, bread dough can’t leaven or rise. In some cases, people can have a negative immune response to the gluten protein, which we know as celiac disease. People with CD avoid gluten entirely because it causes the small intestine to become painfully inflamed. However, CD only affects 1 percent of the U.S. population. About 10 years ago, gluten sensitivity emerged as a possible cause for a whole host of illnesses, from IBS to headaches. Gluten-free labels began to appear on menus and countless food products in grocery stores, even on products that would never need it, like apples. If you’re trying to steer free of gluten, it’s better to bypass the marketing label and look at the ingredient list for any wheat products. Gluten is intrinsic to wheat, so where you see wheat, gluten follows.

Cage Free, Free Range and Grass Fed: Labeling gets even thornier when it comes to animals. The USDA provides some guidelines, but most are concerned with antibiotic use. For example, USDA marketing standards state that “naturally raised” livestock are raised without use of antibiotics or growth promoters. Other terms applied to meat and eggs are generally concerned with whether or not the animal has access to the outdoors. Grass fed, pastured, free range—these labels imply that the animal lives outdoors. There is no legal definition, however, to protect this assumption.

One reason for this is that the right approach to animal welfare is up for debate. Charles Hofacre, a poultry veterinarian at UGA, explains that there are two ways to think about animal welfare. One is to anthropomorphize the animal, to assume “that a chicken is going to have the same feelings and responses as a person.” The second position is to recognize that livestock animals are raised to be eaten, so “what is the best is to raise them so that they don’t have hunger, environmental stress, fear from predation.”

Hofacre has served on the science advisory board for the American Humane Association for three years. The AHA’s philosophy aligns with the second camp, and Hofacre feels their scientific approach to certification reflects the research.

In the case of free-range chicken, for example, Hofacre argues there is no real evidence to show that chickens prefer to be outdoors. If a consumer wants to know the chicken he’s eating had access to the outdoors, he says, that’s a personal choice, but “as far as the birds, they’re not going to be any healthier or happier whether you let them go in or out.”

Other animal welfare certifiers disagree. The Animal Welfare Approved certification requires pasture access, and they will only approve family farms.

The key to feeling confident about the food you’re buying is to do a little digging. Labels are meant to make decision making easier, but simplicity can be deceiving. “Employ a strong sense of doubt,” says Carr, and ask where your food comes from. His best advice is to buy from local farmers whenever possible. And as far as certifications go, Hofacre suggests researching the credentials of the certifiers’ advisory board. The bottom line is know what is important to you and research which labels align with your values. Local Athens producers and small retailers will be able to help you find what you need.