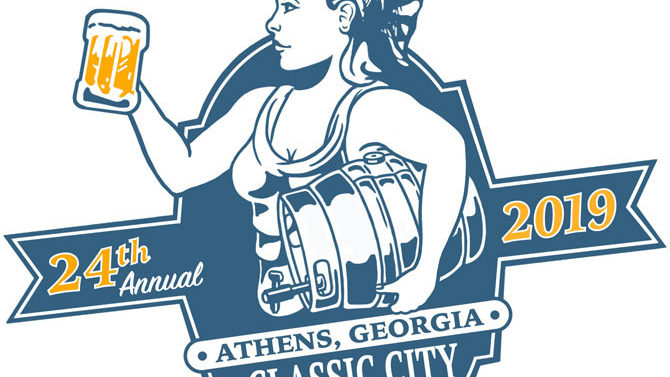 The 24th Classic City Brew Fest this Sunday at the Athens Cotton Press will feature more craft beer than ever before.

The Apr. 7 festival will feature over 50 different firkins, or large wooden and metal casks, of beer from across the globe. Brewers use these casks instead of regular kegs in order to infuse different flavors, such as chocolate, fruit and extra hops, and to naturally carbonate the beer, giving it less foam and a more intense flavor.

Owen Ogletree is the founder of Classic City Brew Fest and has organized it every year since its beginning. After opening a homebrew shop in 1995 called Brewtopia, he decided to start the festival to help educate people on craft beer. When Ogletree first started brewing, there were four breweries in Georgia. Today, there are hundreds, and four in Athens alone, with two more on the way.

“When I ran beer festivals in the ’90s, I’d have to beg people to come,” Ogletree says. “Now, craft beer is huge, and people are super into it, which is super cool to see.”

The Classic City Brew Fest features bottled and tap beers, food from Biggum’s Bar-B-Que and live music by Rush Morgan. Other cities across the country have similar festivals, but what sets it apart is what’s done with the proceeds. The proceeds are given to the Athens-Clarke County Humane Society, which has been the official beneficiary of the festival since it first began. It’s expected to raise about $10,000, making it the biggest fundraiser of the year for the humane society.

Cronweld Leon, the social media and event coordinator at the humane society, says the organization relies on this event every year to care for future pets. “We’ll use the money to buy food, bedding and other supplies, but mostly to catch up on the animals’ medical bills,” Leon says. “Everyone should come out, because your proceeds could not go anywhere better than helping little ones find a home.”

Any money that is left over after the humane society pays off its expenses is put in a “pay it forward” fund. This fund pays to spay and neuter animals whose owners cannot afford the procedure themselves.

Beyond the charitable aspect, some people attend the festival every year to see a familiar face or buy a specific beer; others go with no expectations and want to try something new. This year, there will be something new for everyone, as two new breweries in Athens plan to make an appearance and unveil new brews.

Athentic Brewing Company is a microbrewery on Park Avenue that is expected to open in late summer or early fall. The Atlanta Highway brewpub Akademia has allowed Athentic to use its space to work on new recipes, one of which will be available at the festival. Athentic is bringing both a bottled and cask version of its My Naughty Little Pet Scotch ale. The cask version is aged with oak spirals and hints of cocoa.

Although Athentic was present at Classic City Brew Fest last year, Marketing and Events Manager Kimberly Wise says this year is exciting for them, as the brand is better known. “We’re trying to really make a name for ourselves, and I think Brew Fest is the perfect way for us to do that,” Wise says. “Akademia is being really generous in letting us use their space, so we’re doing our best to make the most of it.”

Normaltown Brewing Co. will also be represented at the festival. The brewery is located right behind the Athens Cotton Press, in the Chase Park Warehouses, and has donated some of its space for check-in to help the event run smoothly. According to Ogletree, Normaltown is about three-quarters finished with construction.

Other Athens breweries will also be present at the festival, including Akademia, Creature Comforts and Southern Brewing Company. Only those breweries will be allowed to serve beer on tap; all others can only offer bottled or cask beers.

Attendees will have the opportunity to try a different rare bottled or canned beer every 30 minutes at what Ogletree calls the “special treats” tables. Ogletree says he wants this event to be something that both beer connoisseurs and people who know nothing about beer can enjoy.

“Most of the people who come are beer geeks, but I think the ones who enjoy it most are those who are just beginning to learn about craft beer,” Ogletree says. “I want everyone who comes to learn new things and have a great time.”

Tickets for the event, which runs from 2:30–6 p.m., are $43.50 plus tax and include unlimited pours. They’re available at classiccitybrew.com. Other special events at local bars and breweries are taking place as part of Athens Beer Week; see the website for a full listing.