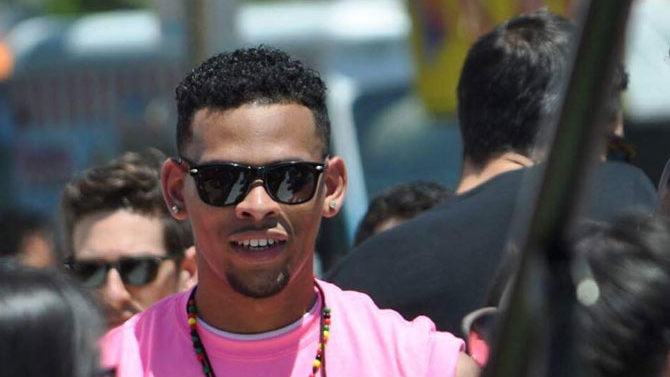 Donald Trump’s second year in office begins like every new Star Wars movie: with the Resistance in tatters, trying to rebuild. There is plenty of internet #Resistance, ranging from insane conspiracy theories to serious commentary and organizing—but this online profusion has resulted in IRL confusion.

It’s certainly not anywhere near Homage to Catalonia levels, but dissension among the opposition to Trump is fierce. The divide is mirrored in the Bernie/Hillary split—but it is also something deeper and something that moves further to the fringes. It, in many ways, mirrors the new divisions within the far right, where the alt-lite litigiously differentiates itself from the more openly racist alt-right.

Last year, there was the Disrupt J20 protest on Inauguration Day, which led to the prosecution of nearly 200 individuals, identified by the police and the prosecution as anarchists. The next day, hundreds of thousands of people filled the streets for the women’s march. There is little sympathy or support between these groups, with many anarchists and hardcore organizers mocking the feel-good liberal desire to #Resist by supporting the FBI, intelligence agencies and Robert Mueller. Liberals, on the other hand, attempt to distance themselves from anyone further to the left than they are for fear of being tainted by the the anarchist stench of hippies. As a result, liberals have been far more concerned about Putin’s abuse of reporters than they have about the prosecution of journalists who were covering the J20 protests.

Though that case has been largely ignored by the mainstream press, it has had an immeasurable effect on the state of protest—and created fear, distrust and division on the left. Over the last couple weeks, some of these tensions have bubbled up in largely online debates about a real-life rally slated for Washington, DC on Jan. 27. The “People’s March on Washington,” also called “The Impeachment March,” has gained a lot of online support—25,000 are “interested” on Facebook and more than 2,000 say they are going—and it has gotten a lot of pushback.

The rally was organized by a group called People Demand Action, which is headed up by a 24-year-old African-American man named Lawrence Nathaniel, a big-thinking, marketing-minded millennial leftist who says he worked on the Bernie Sanders campaign and, after he got over his disappointment following the primary loss, for Hillary Clinton. When Trump won, he began to think about what he could do. One of the things he set about organizing—he has a long list of sometimes improbable plans and goals, including opening a free private school in Bamberg, SC—was this march calling for the impeachment of the president.

But as interest in the march grew—and organizers began trying to raise money—so did the questions surrounding it. I first heard questions about the march when Dave Troy, a technologist and writer in Baltimore, wrote me about it. Troy is deeply concerned about Russian trolls and “active measures.” When he saw some of the confusion surrounding the event, he initially thought it might be the result of some Kremlin campaign. But when he started to look into it, he attributed the perceived failings of the organizers to inexperience rather than malfeasance.

Nathaniel has set up a number of organizations to promote the march and his various other endeavors. People have been calling them “shell organizations” or “false fronts,” but that seems a little too harsh. The one organization that has filed official papers is called the Presidential House and proposes some sort of weird shadow government in Charleston, SC with Nathaniel as president. Troy called it “unhinged, fantastical nonsense.”

But for Nathaniel, inexperience is part of the point of protest.

“Many of us, especially young people in the political realm, don’t really get our voices heard because it’s mostly a ‘who has more experience’ type thing, versus a protest where we’re able to organize it, either locally or nationally, and our voices can be heard much easier there than working with politics,” Nathaniel said. But he said he is still interested in electoral politics and local issues. “My goal was to run for United States Congress this year, but I decided not to because Annabelle Robertson, who is way more qualified than I am, decided to run [against Republican Joe “You Lie” Wilson]. So I decided to put my action behind her and get out and protest.”

Critics point to the “Rally at the Border” in San Ysidro, CA, the only other rally Nathaniel has organized. It failed amid concerns of top-down organizing that didn’t take the needs of the community into consideration and and could have put a lot of people at risk.

Once news of the border rally became public, people began demanding to see the permit for the march on Washington. Nathaniel says he has a permit and has met with D.C. police, Park Police, the Secret Service and the FBI.

But for the local organizers in San Ysidro and in D.C., working with the authorities is precisely the problem. Washington’s police department threw more than 70 grenades and emptied hundreds of canisters of pepper spray against protesters at the Disrupt J20 protest during the inauguration. At a right-wing rally recently, Park Police claimed to be working with right-wing militias.

“In D.C., we do not like interfacing with police,” Brendan Orsinger, an organizer in D.C., said on the phone. “We don’t like the idea of the state giving permission for us to march. And we don’t need it… It’s actually much safer not to have police involved in the planning of the march.”

Orsinger has been vociferous in his criticism of the march. But like Troy, he doesn’t see a conspiracy. “There are good intentions here. But one of the things that I learned over the last year is that good intentions are not good enough to make change happen in this country,” he said.

This raises the larger question: What are protests for? The prosecution of the nearly 200 people charged with rioting after the inauguration may have had a chilling effect, but it has also shown the effectiveness of protest—if the U.S. Attorney’s office works that hard to shut them down, then they must have some power. So, the question becomes: How can a larger movement bring Russiagaters like Troy, local grassroots organizers like Orsinger and enthusiastic young people like Nathaniel together? If people really want to resist and not just #Resist, they need to answer this question while embracing a diversity of tactics and figuring out how to form coalitions.