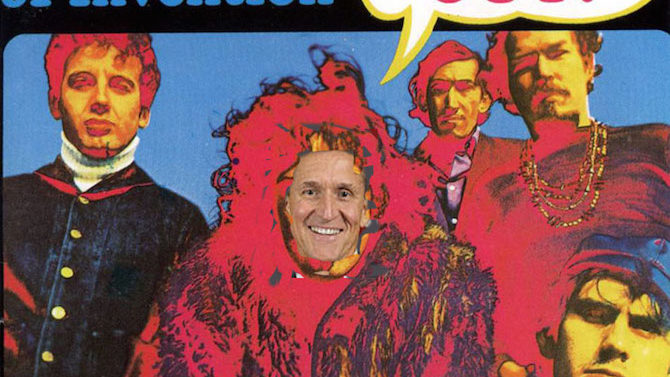 The far far right started freaking Monday night when “lock her up”-chanting retired Lt. Gen. Michael Flynn resigned as National Security Advisor in the wake of revelations that he discussed loosening sanctions with a Russian ambassador while Obama was still president.

Mike Cernovich, one of those DeploraBallers whom others on the far right sometimes like to call a cuck, started the hysteria almost immediately after the announcement, tweeting that “The coup is on, Flynn resigned. Bannon, Kellyanne, and Miller next on the chopping block.”

A few minutes later, far-far-right cop-worshipper John Cardillo also used the C word. “Flynn was the first casualty in Reince and the establishment’s palace coup,” and followed it with a direct appeal to Trump “You have traitors within. Do not let them conspire with the MSM to remove your circle of loyalists.”

Cernovich agrees that it was a “HUGE win for fake news.”

These guys are extremists, but they are smart enough to know that the only strategy for Trump is to deny reality and all other sources of truth. The corruption, impropriety and legally dubious dealings of the regime seem so widespread that the admission that one thing is wrong could lead quickly to the revelation that everything is wrong.

Breitbart, meanwhile, was doing its best to ignore it, proving, perhaps, the old conservative point about the inefficiency of government workers, not tweeting about it at all until after 9:30 a.m. State news moves slow.

On the site, however: “Flynn Resignation Raises Tough Questions for FBI, Intel Services.”

Now all the pieces are in place: The Establishment, the media and the Deep State all conspiring against their revolution.

By Tuesday morning, the nut-job version of the coup had been softened by state media, still blaming Priebus, but now for ignoring Obama administration “sleeper cells” with a story, citing anonymous White House sources (probably NOT having the initials S.B. at all). “As Flynn Resigns, Priebus Future In Doubt As Trump Allies Circulate List of Alternate Chief of Staff Candidates.”

So in fewer than 12 hours we’ve had different far-right factions predicting the demise of most of Trump’s inner circle: Bannon, Priebus, Conway, Miller.

It is premature to rejoice about any of this, because their propaganda machine has been wildly effective at erasing reality so far—and when Trump dumped campaign manager Paul Manafort because of his Russian ties, the dirt just seemed to disappear. But the questions of “what did the President know and when?” may still prove powerful in Washington.

The Proposed Mixed-Use Development Across From Athens Regional Is Dead