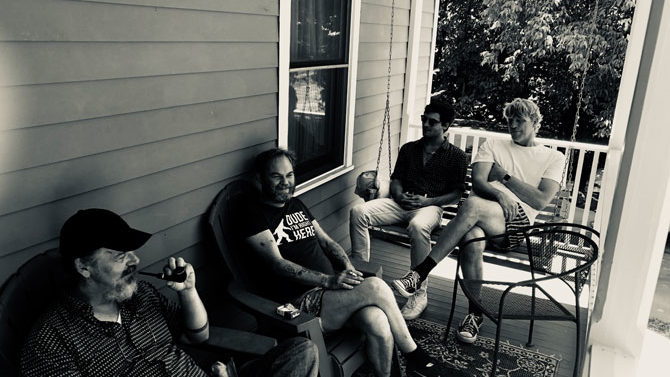 Solid Gold Corpse is the brainchild of guitarist and vocalist David Zwart (Daisy) and bassist Stephen Tanner (Harvey Milk), who take inspiration from the tribal roots of rock and roll. Lead guitarist Robbie Rapp (Muuy Biien) and drummer Creston Spiers (Harvey Milk) tick off the seconds as though the very act of living were a mere flirtation with the infinite. Their music is suggestive of Edgar Rice Burroughs’ sci-fi visions of prehistoric worlds, powered by a beat of primal origin. The band sticks closely to the tradition of music as a creative art form, experimenting with sound as a tangible medium, yet keeping the essentials of rock as a framework, causing a clash between present, past and future time.