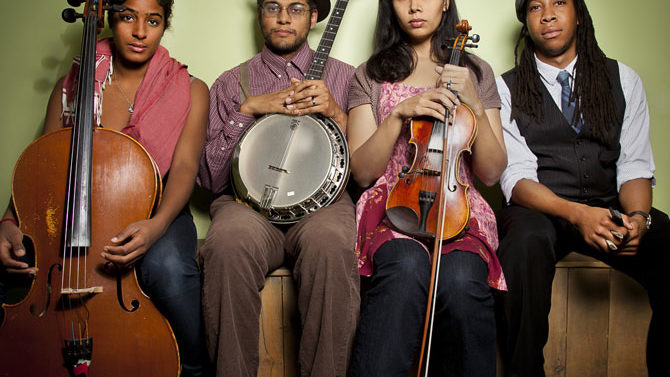 In 2010, the traditional African-American string band Carolina Chocolate Drops released a breakout album in Genuine Negro Jig, which earned the group a Grammy for Best Traditional Folk Album. Four years and one LP later, the Chocolate Drops are back on the road sporting a new lineup while maintaining the instrumental eclecticism that defines the band’s roots music revival. Utilizing everything from guitars, fiddles and banjos to bones and kazoos, the Chocolate Drops craft “yee-haw”-worthy arrangements of original compositions, traditional folk tunes and even modern hits, like Blu Cantrell’s “Hit ‘Em Up Style.” With support from Tennessee folk-pop duo Grace & Tony, the Chocolate Drops’ show at the Melting Point will be an all-acoustic evening for the ages.